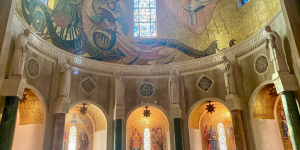 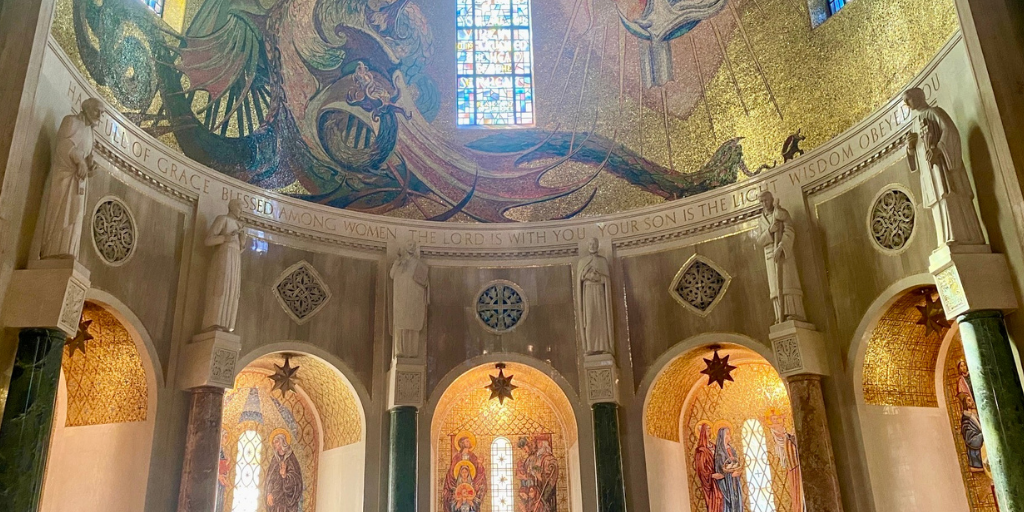 Did you know that the Jesuits are the largest male religious order in the Catholic Church? Today they have over 16,000 members around the globe, embodying their mission of reconciliation through compassionate service. The Basilica honors the lives and legacies of some of the most influential Jesuit fathers with towering statues of Trani marble in the West Apse. Today, we take a deeper look at the lives of these heroic men of faith who worked tirelessly and courageously to share God’s love with impoverished communities. 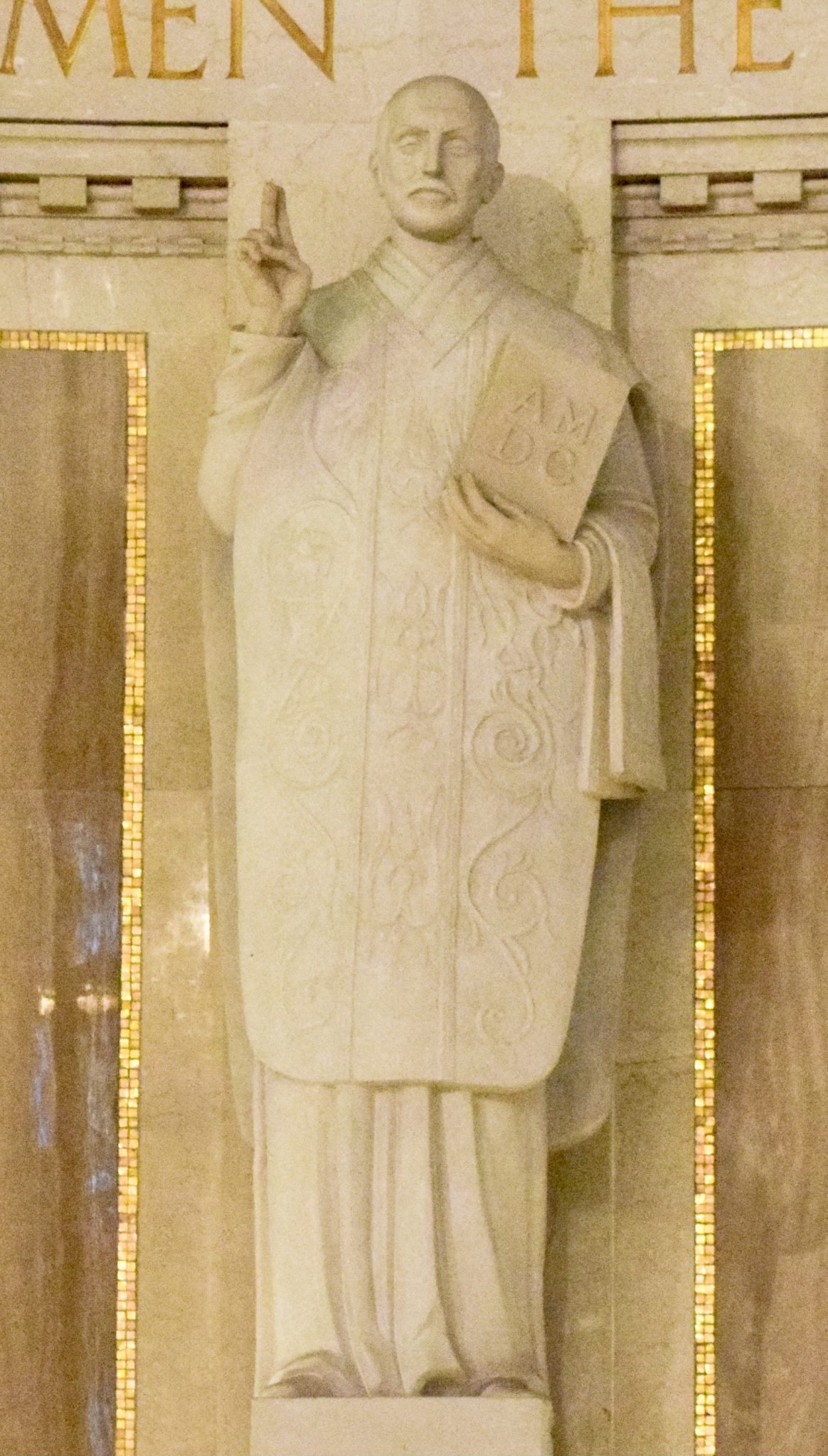 Born in Spain in 1491, Saint Ignatius of Loyola experienced a profound conversion after he was severely injured in the armed forces. During his recovery, Ignatius spent a great deal of time reading and learned about the lives of the saints. When his health was restored, Ignatius made a pilgrimage to the Catalonian shrine of Our Lady at Montserrat. In the months that followed, he experienced a series of mystical visions, and began to write the work that would eventually be known as his Spiritual Exercises – a practical guide for meditation. Intrigued with the Gospel stories, he made various pilgrimages to the different sites mentioned in the accounts.

He returned from his pilgrimages in 1524 with the resolution to dedicate his life to Christ. After earning his master’s degree from the University of Paris, in 1534 he joined with six friends from the university to form what would become known as the Society of Jesus and eventually, the Jesuits. It was dedicated to spreading Christ’s presence throughout the world. When it was officially recognized by Rome in 1540, it consisted of just ten members. Over the following fifteen years, under Ignatius’ leadership, it expanded to 1,000 members, and when he passed away in 1556, their presence spanned nine countries and provinces in South America, Europe, and India. Today, the Jesuits are the largest male religious order in the Catholic Church.

Born in 1506, Saint Francis Xavier studied at the University of Paris alongside Saint Ignatius of Loyola, and became one of the founding members of the Society of Jesus. To help fulfill the Society’s aim of sending missionaries into foreign lands, Francis departed for Goa in 1541. There, Francis worked tirelessly to encourage the straying Christian community 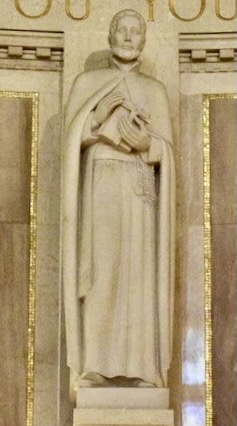 to truly follow Christ’s example, in addition to ministering to unbelievers through humanitarian work. In his attempts to reach the uneducated, Francis discovered that the best way to share the Gospel message with them was through song, as memorizing the lyrics helped them better learn spiritual truths. Not only did Francis minister in Goa, but he also worked in the surrounding areas, where he tried to assimilate to the indigenous culture as much as possible, dressing like a pauper so that he could better relate to the locals.

After a few years in India, Francis felt called to continue his mission work in Japan alongside a small group of fellow Catholics. While assimilation once again helped him better reach people, the task looked very different in Japan. Instead of dressing humbly like he did in Goa, Francis found that more people were interested in speaking with him if he appeared wealthy and important. So, he dressed in fine robes and had his fellow missionaries pretend to be his attendants. Francis was quickly accepted into Japanese society, where local officials liked him so much that they permitted him to freely hold services in an unused Buddhist temple. After just two years, Francis had helped lead nearly 2,000 people to Christ, and planted the seeds of a ministry that would continue to flourish as other missionaries came to serve in Japan.

In 1552, Francis felt God calling him to minister to the Chinese. At that time, China’s borders were closed to immigrants, so he hired a captain to sail him there in secret. Francis fell ill on the journey and had to stop on an island located six miles off the mainland’s coast, where he succumbed to a fever and passed away before beginning his new ministry. 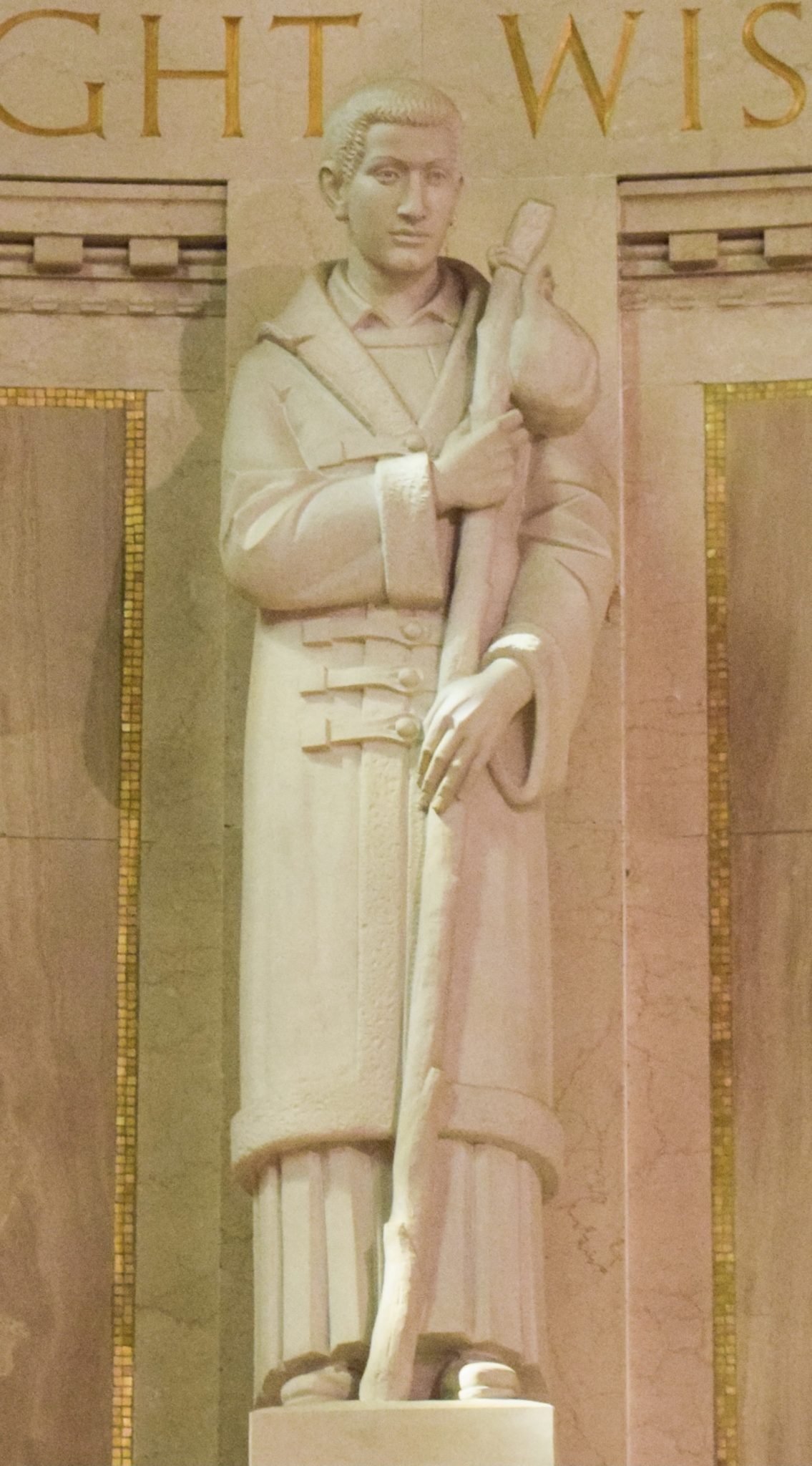 Recognized as the patron saint of the young, Saint Stanislaus Kostka was born into a noble family in Vienna. As a boy, he had a “frail constitution and sensitive nature,” but he didn’t let that prevent him from aspiring to serve the Lord in bold ways. When he grew up, he decided to become a novitiate of the Jesuits in Rome – a mission that was met with hostility by his family. They were so opposed to his intentions that he had to depart in secret and fled to Rome on foot with them in hot pursuit. Against all odds, Stanislaus successfully arrived at his destination.

Stanislaus strived to live by the motto “Ad maiora natus sum” (“I was born for greater things”). By becoming a novitiate of the Jesuits, he fulfilled that destiny and answered God’s call for his life. Tragically, Stanislaus died shortly after beginning his new vocation, at the age of eighteen. His tomb is located in the church of S. Andrea al Quirinale in Rome. He is portrayed in the Basilica in a Trani marble statue created by de Marco. 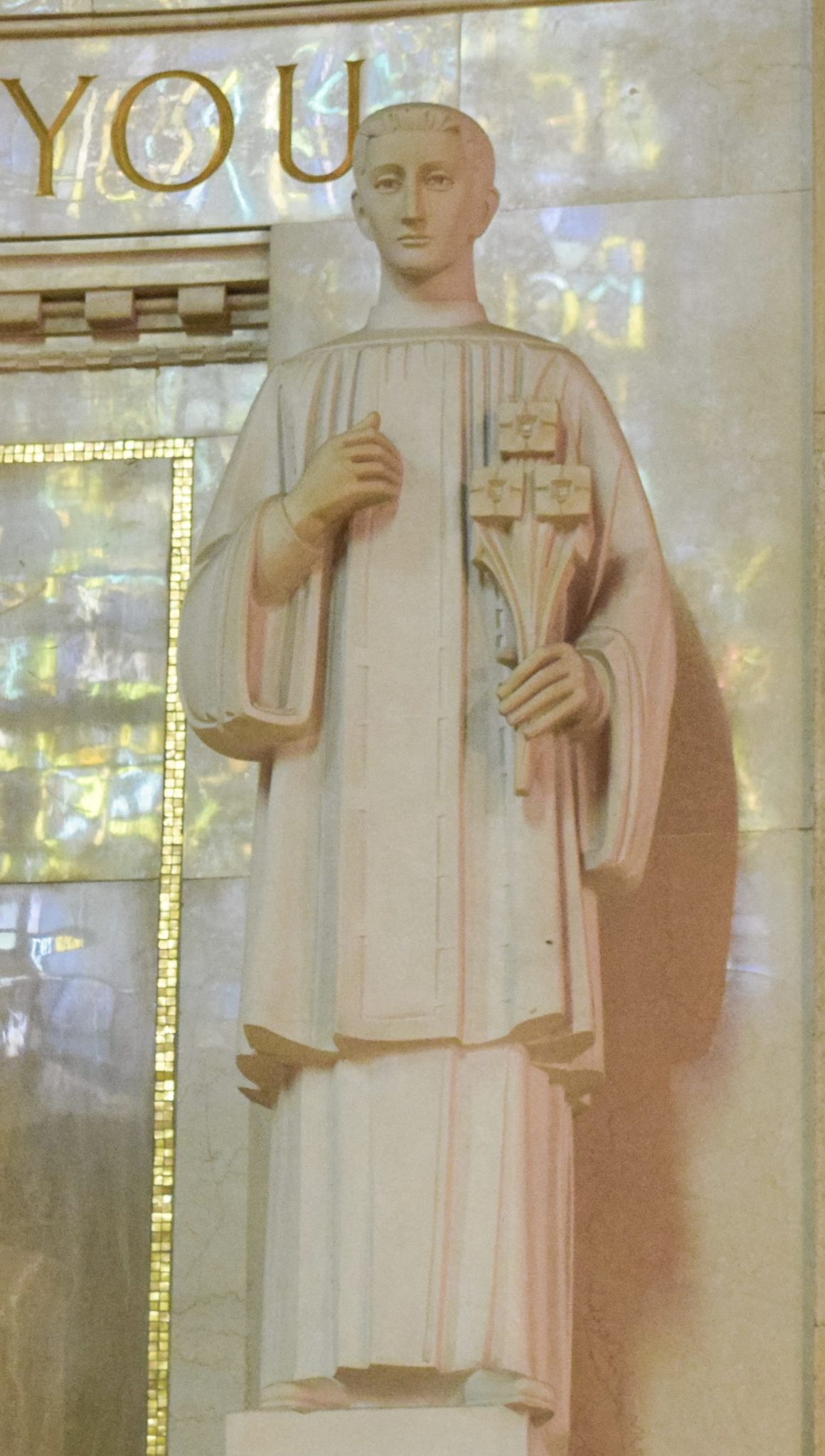 Born in Castiglione delle Stiviere, Italy, in the 1500s, Saint Aloysius Gonzaga was known for his indefatigable selflessness. During an outbreak of the plague, Aloysius went to Rome to care for the sick despite the personal risks posed by the mission. While working to restore the health of others, Aloysius became ill and passed away in 1591. Saint Aloysius Gonzaga is now recognized as the Co-Patron of the Diocese of Mantua, and in 1991, Pope John Paul II spoke at his birthplace in honor of the 400th anniversary of his death. This statue of him was created by Cascieri & di Biccari.

You can explore the statues of the Jesuit saints virtually below!

“Address of His Holiness John Paul II to the Young People in St. Peter’s Basilica.” The Vatican

“Holy Mass for the Former Students of the Pontifical Belgian College in Rome – Homily of His Holiness John Paul II, 31 March 1979.” The Vatican

“Message of John Paul II to Bishop Egidio Caporello of Mantua on the Occasion of the 12th Centenary of the Diocese of Mantua.” The Vatican

“Message of the Holy Father Francis for the 450th Anniversary of the Death of Saint Stanislaus Kostka.” The Vatican

Virtual Tour: Our Lady of Sorrows
Celebrating the Life of Mother Teresa: A Witness of Charity