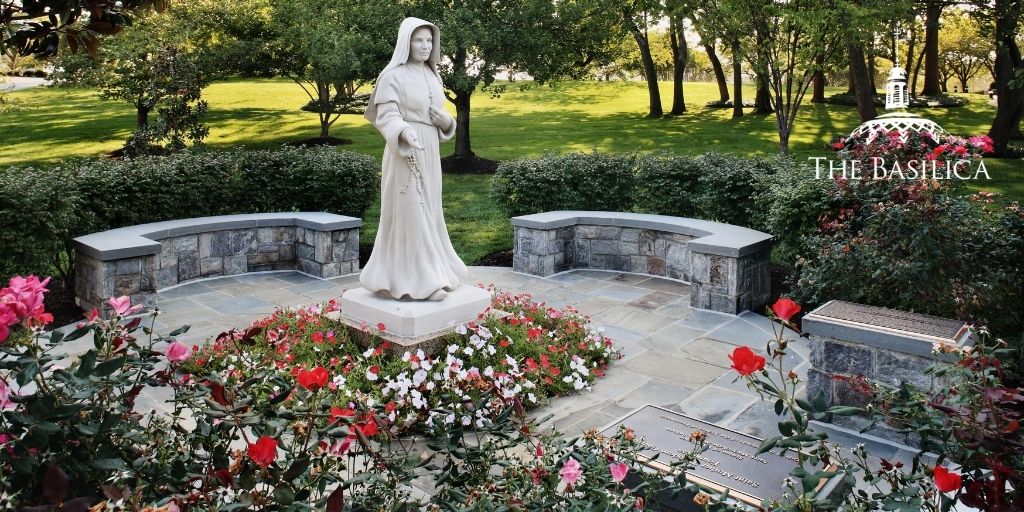 What strength the soul draws from prayer! In the midst of a storm, how sweet is the calm it finds in the heart of Jesus. But what comfort is there for those who do not pray? – Saint Théodore Guérin

On October 15, we celebrate the anniversary of the canonization of Saint Théodore Guérin by Pope Benedict XVI. Known as “Mother” Théodore Guérin, she was the first saint from the state of Indiana to be canonized. Her life was characterized by her deep compassion and ability to find peace in Jesus in even the most difficult situations.

Saint Théodore Guérin was born as Anne-Thérèse on October 2, 1798, in the town of Estables, France. The girl was devout from a young age, and at age 10, she told a parish priest that she intended to be a nun. Anne-Thérèse’s mother, Isabelle, was primarily in charge of her education, instilling in her a love of God. When Anne-Thérèse was only 15, her father was murdered by bandits, leaving her to care for her mother and sister. In the face of personal tragedy and difficulty, Anne-Thérèse turned to God for solace, often walking along the rocky shorelines in meditation.

Théodore and the Sisters of Providence

At age 25, she joined the Sisters of Providence of Ruillé-sur-Loir, a religious order focused on providing care to the sick and impoverished, as well as furthering children’s educational opportunities. There, she became known as Théodore, and was asked to take a group of women on a mission to Indiana to minister to pioneers. Théodore suffered from many health problems, however, and was reticent to accept the request. After much prayer and consideration, however, she set off to Indiana with five other women from the order.

In Indiana, Théodore founded the order of the Sisters of Providence of Saint Mary-of-the-Woods, establishing a motherhouse and a school. When they first arrived, their only building was a tiny log cabin. They faced untold trials in Indiana, from starvation and bitter winters to prejudice against Catholics. Throughout everything, however, she relied solely on God and Mary, telling her sisters, “Put yourself gently into the hands of Providence.” She reminded them, “With Jesus, what shall we have to fear?” In spite of many obstacles, Théodore later established two orphanages and more schools in the region, and her work continued to expand throughout her lifetime. Though she passed away on May 14, 1856, her compassionate heart, perseverance in suffering, and steadfast faith continue to serve as an inspiration to the faithful today.

“Calm in the Heart of Jesus”

Mother Théodore reminds men and women today to seek calm and comfort in the heart of Jesus and to draw strength from prayer. Society today is no less in need of the kind of dedication, wisdom and self-giving love which radiates from her life and work. I encourage you to honour her by imitating her. Through the intercession of Bl. Théodore Guérin, may you always walk in God’s presence, seek his will and bear courageously all the trials which he may permit in your lives.

Saint Théodore is portrayed in the Basilica in a life-size limestone statue in Mary’s Garden. A gift of the Sisters of Providence of Saint Mary-of-the-Woods, the statue was dedicated by Archbishop Pietro Sambi on May 10, 2008.

What We Can Learn from St. Anthony Claret
2 Marian Prayers for Peace and Grace