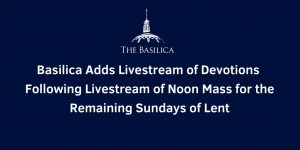 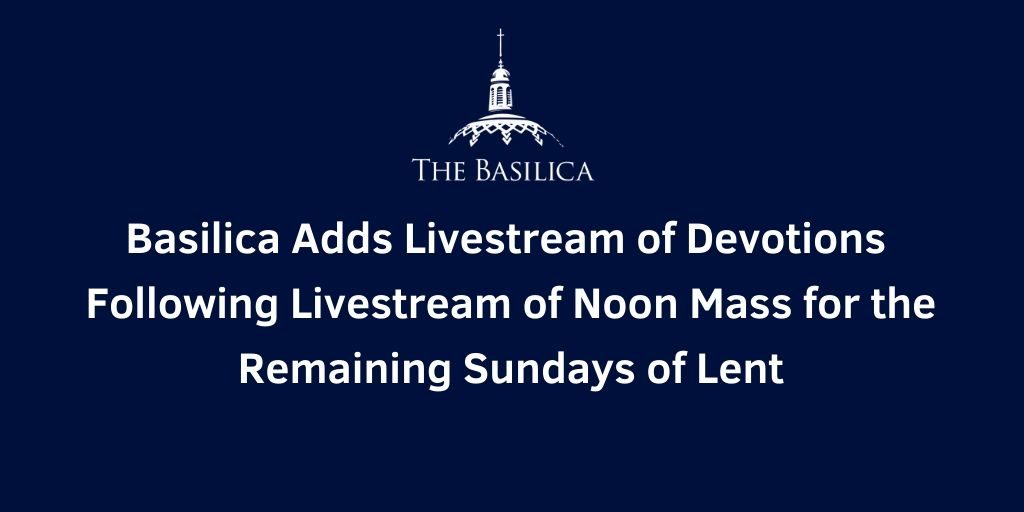 In an effort to provide for the faithful who rely on Mary’s Shrine as a place of prayer, peace and solace, the Basilica of the National Shrine of the Immaculate Conception will add the livestream of several beloved Catholic devotions following the 12 noon ET livestream of the Holy Sacrifice of the Mass on Sunday.

The livestream of the Sunday Noon Mass and devotions is available at www.nationalshrine.org/mass.

Mary’s Shrine is committed to continuing the livestream of the Sunday Mass and the aforementioned devotions for as long as possible in the wake of the Basilica’s public closure in response to CDC and District of Columbia guidelines in support of efforts to minimize the spread of COVID-19, otherwise known as the novel coronavirus.

Often referred to as America’s Catholic Church, the Basilica of the National Shrine of the Immaculate Conception is the largest Roman Catholic church in North America, and it is one of the largest churches in the world. A national symbol of the Roman Catholic faith, the Basilica provides a place of prayer and pilgrimage to nearly one million visitors from around the world every year.

We at America’s Catholic Church pray for all affected by the coronavirus pandemic and ask the Blessed Virgin Mary, patroness of the United States, under her title of the Immaculate Conception, to intercede for us during these unprecedented and challenging times.

View Press Release as a PDF

St. Joseph at Mary’s Shrine: Guardian and Defender
Basilica Closed to the Public Until Further Notice