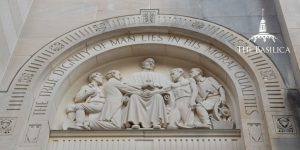 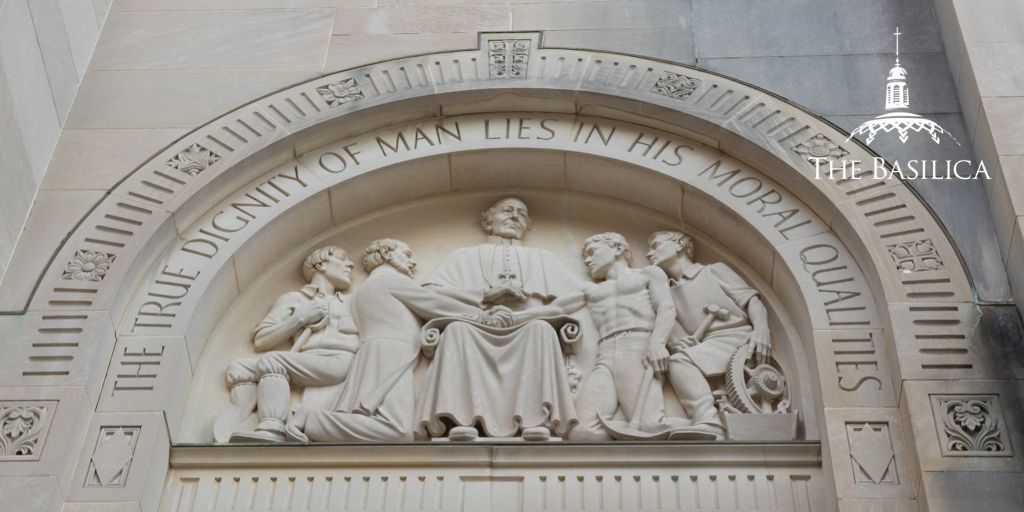 Pope Leo XIII served the Church during a pivotal period in the world’s history. The Industrial Revolution had made great strides for progress and improved the quality of life for the middle and upper classes, but often at the expense of the working class. During his time as pope, Leo was influential in ministering to the spiritual and physical needs of all, emphasizing the shared humanity of all in a time where class divisions still tore at the heart of society.

Born Gioacchino Vincenzo Raffaele Luigi on March 2, 1810, to Count Lodovico Pecci and his wife Anna Prospero-Buzi, Pope Leo XIII was the sixth of seven sons. When he was eight years old, he was sent with his ten-year-old brother to study at a Jesuit school in Viterbo, where he became well-versed in Latin and Italian. From there, he entered the Collegio Romano to study humanities and rhetoric.

Though he was unsure of his calling, his mother wanted him to join the clergy, so he began studing theology and earned a doctorate in 1832. After a struggle to prove his nobility, in which he had to write his family history, he was permitted to join the Academy of Noble Ecclesiastics and studied canon and civil law at Sapienza University.

Path to the Papacy

While Pecci was in minor orders, Gregory XVI appointed him to the position of domestic prelate. He began working for the Ministry of the Interior of the Papal States, and assisted in overseeing Rome’s hospitals during the cholera epidemic of 1837. Later that year, he was ordained to the priesthood.

The young and energetic Monsignor Pecci was then appointed the Papal Legate to Benevento, the smallest province in the Papal States, where he worked to implement much-needed infrastructure improvements: he helped restore order in a region plagued by gangs, improved the roads, and created a more just tax structure. He was then sent to the province of Perugia, before becoming the Apostolic Nuncio to Belgium.

As Nuncio, Pecci served for three years, and showed great initiative, building strong relationships with the country and rulers.

After serving in Belgium, he appointed as the bishop of Perugia, where he served for 32 years. Pecci developed a great love for Perugia, and demonstrated exceptional management skills during his time there. He educated and organized the clergy in his diocese, defended the papal states, and solidified the role of the Church in helping those less fortunate in society.

His letters from this period reflect his growing concerns about the Church’s suspicion of progress. The wisdom reflected in these letters so impressed his colleagues that he was named camerlengo in 1877, an office of chief administrator of the church in the event of the pope’s death.

Upon the pope’s death, Pecci’s effective leadership made him the primary candidate for successor. His perspective as a Rome outsider was considered an advantageous opportunity to bring fresh ideas to the office.

Elected Pope in 1878, Cardinal Pecci took the name Leo in memory of Leo XII, whom he admired for his support of education, ability to work well with governments, and conciliatory attitude toward those who had distanced themselves from the Church. Pope Leo XIII proved strong in these areas in his own papacy; not only was he distinguished by his diplomacy with civil governments, but he also demonstrated a genuine care for the faithful and zeal for spreading the Gospel. Additionally, he was the first pope to make audio and film recordings – helping show that the Church and progress are not in conflict!

In 1891, Leo wrote the encyclical Rerum Novarum in response to the Industrial Revolution and the people of the working class. It addressed workers’ rights and emphasized the church’s role in social issues relating to questions of morality. It detailed the importance of respect for the rights and well-being of all human beings, regardless of class, and affirmed the right to own private property.

Leo XIII showed a great love for the Rosary, penning twelve encyclicals about it and earning himself the nickname “The Rosary Pope.” He also began the tradition of praying the Rosary daily during the month of October, and instituted the Feast of the Queen of the Holy Rosary.

He furthered education in significant ways during his papacy, establishing many schools and colleges, including The Catholic University of America with his apostolic letter Magni Nobis Gaudii in 1889.

Though many thought that his poor health would result in a short papacy, Leo XIII ended up holding the office for 25 years, living to become the oldest pope at the age of 93.

Saints of the Trinity Dome: Pt. I
Virtually Tour the Chapel of Mary, Help of Christians