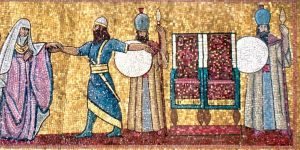 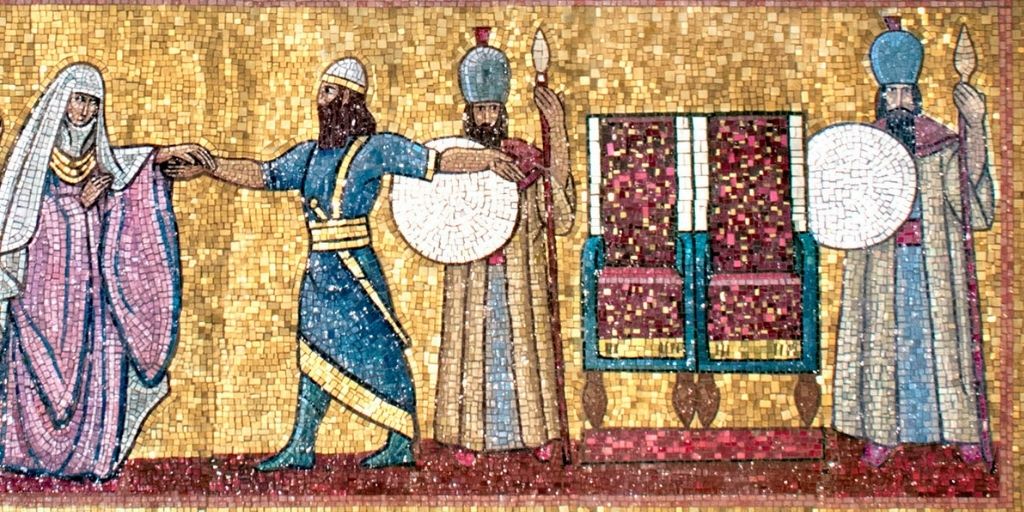 During the reign of Solomon, the people of Israel flourished – after defeating their enemies under King David, they dwelt in security and prosperity under Solomon’s wise rule. Today, we can still learn from Solomon’s wisdom by reading the books of the Bible he wrote, which offer spiritual guidance and encouragement. Learn more about King Solomon in our latest Biblical Figures post.

The second child of King David and Bathsheba, Solomon was loved by God from the time of his infancy. Although David’s son Adonijah tried to declare himself king when David grew old, David instead appointed Solomon as the rightful heir to the throne.

Wisdom and Riches of Solomon

After Solomon became king, he was offering sacrifices to God at Gibeon one day when He appeared to him in a dream. He told Solomon that he would be given whatever he asked for, and Solomon responded:

“‘I, your servant, among the people you have chosen, a people so vast that it cannot be numbered or counted. Give your servant, therefore, a listening heart to judge your people and to distinguish between good and evil. For who is able to give judgment for this vast people of yours?’” — 1 Kings 3:8-9

Because of Solomon’s selfless request, God not only gave him the wisdom to govern the people of Israel, but He also blessed him with riches, glory, and long life.

Upon hearing their accounts, Solomon proposed to cut the baby in two and give them each a half. Immediately, the true mother of the infant begged for Solomon to let the child live with the other woman, while the false mother agreed with Solomon’s proposal. Knowing that the true mother would rather have her baby protected under any circumstances, he gave the child to its true mother. This incident established Solomon’s reputation for judging with wisdom.

What We Can Learn from Solomon’s Writings

Known for his contributions to the Bible, Solomon is credited with writing Proverbs, Ecclesiastes, and Song of Songs. Song of Songs is renowned for its beautiful depiction of devoted love and is traditionally believed to be written by Solomon in his youth; Proverbs is full of guidance for living, encouraging the pursuit of wisdom; and Ecclesiastes provides insight into the meaning of life when much of what we do seems futile, directing the reader to trust in God rather than temporal knowledge.

Each of these books displays the wisdom that God gave Solomon, emphasizing the importance of fearing the Lord and seeking the wisdom that comes from Him. As he wrote in Proverbs 2:4-7:

“If you seek her [wisdom] like silver,
and like hidden treasures search her out,
Then will you understand the fear of the Lord;
the knowledge of God you will find;
For the Lord gives wisdom,
from his mouth come knowledge and understanding;
He has success in store for the upright,
is the shield of those who walk honestly.”

Despite being blessed with wisdom, Solomon would ultimately be led astray in his own life – stay tuned for Part II of this series on Solomon to read about his work to build the temple and how he ultimately fell into folly.

10 Verses for Graduates
Pilgrimages: What you need to know