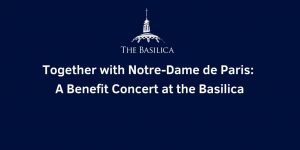 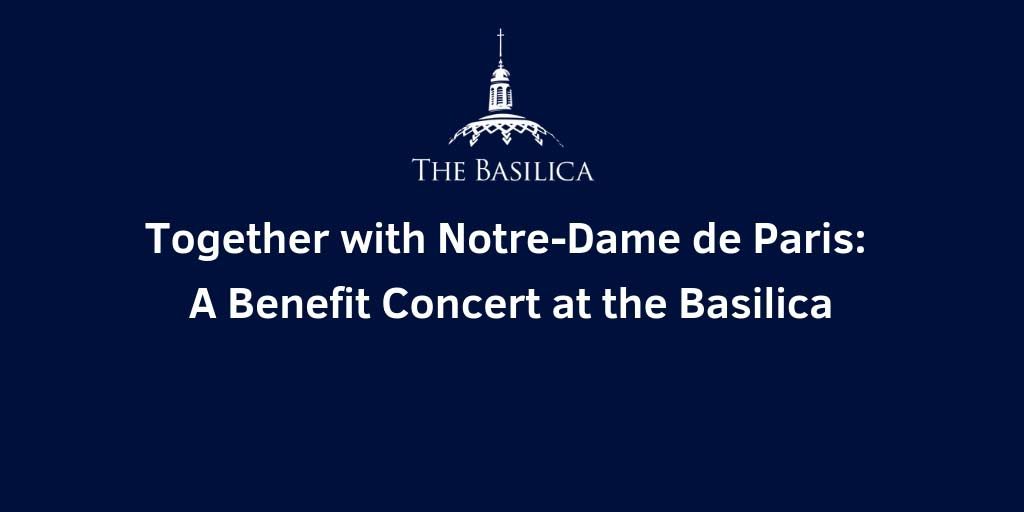 Friday, April 26 at 7pm – Great Upper Church of the Basilica

The Basilica of the National Shrine of the Immaculate Conception will host a special concert to benefit the Cathedral of Notre Dame on Friday evening, April 26, at 7 p.m. in its Great Upper Church.

The concert will feature the Choir of the Basilica and Johann Vexo, the Notre Dame organist who was playing at the time the devastating fire broke out at the cathedral the evening of April 15.

Titled Together with Notre Dame de Paris, the concert is free and open to the public, with a freewill offering to benefit the rebuilding and restoration of this historic church that dates back more than 850 years. The concert will celebrate the spiritual and cultural significance of the Cathedral of Notre Dame in the world as well as the hope for its future. No tickets or reservations are required.

Organized by the Basilica and the Embassy of France in the United States, in partnership with the Friends of Notre-Dame and the French-American Cultural Foundation, the concert will be broadcast live through the generous support of the Knights of Columbus on the Eternal Word Television Network and will be offered to other networks around the world.

In solidarity with the Cathedral of Notre Dame, the Basilica began a special online collection the evening of the fire to support its restoration. To learn more about this special collection or to donate, please visit www.SupportNotreDame.org.

The Basilica of the National Shrine of the Immaculate Conception is the largest Catholic church in North America and is among the ten largest churches in the world. Designated a national sanctuary of prayer and pilgrimage, the Basilica is the patronal church of the United States and it is the nation’s preeminent Marian shrine. Often referred to as America’s Catholic Church, the Basilica will celebrate the one hundredth anniversary of the laying of its cornerstone in 2020. Learn more.