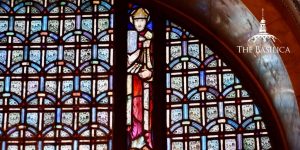 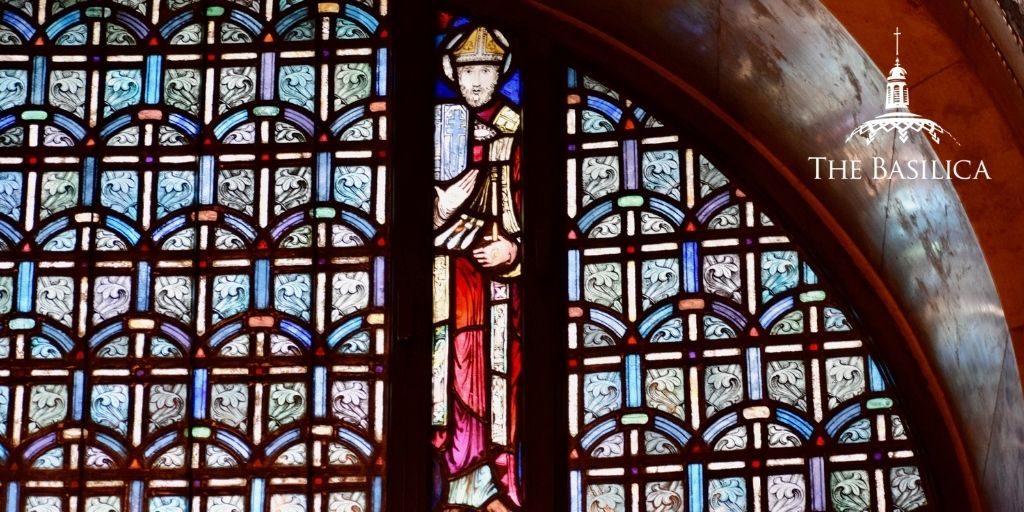 On December 7, we celebrate the Memorial of St. Ambrose, Bishop and Doctor of the Church. Though St. Ambrose was reluctant to be in a place of spiritual authority, throughout his tenure as bishop of Milan, he proved himself to be a fearless and adept leader. His enduring mark on the Church serves as an inspiration to the faithful around the world today.

Born in 339, Ambrose was the son of a high-ranking government official in Rome. Politics seemed to run in the family, for Ambrose grew up to serve as the governor of northern Italy. But the most pivotal moment in Ambrose’ life happened following the death of the bishop of Milan. Doctrinal disagreements ripped through the Church and set the region into chaos and unrest as they argued over who should be the next bishop. In the midst of it all, Ambrose urged the people to be peaceful and judicious in their selection of a bishop. Heartened by the man’s sensibility, a youth from the crowd started to cheer “Ambrose for bishop!” More and more people from the crowd joined in, rendering the non-Catholic Ambrose uneasy, to say the least! When he had a chance, he escaped from the building and went into hiding. Despite the fact that he had not even been baptized and did not wish to be in the position, within a week, on December 7, 374, Ambrose was baptized and consecrated bishop of Milan.

Though he had previously lived a secular life, Ambrose fully poured himself into religious life following his appointment, studying Scripture and theology and praying daily. He was soon preaching each Sunday, and even gifted all his possessions to the underprivileged. A thoughtful and attentive leader, he shepherded the Church through a tumultuous era, shaping key areas of Christian doctrine and being unafraid to stand against secular excesses in authority.

Theological disputes still continued under Ambrose’ tenure. On one occasion, in an attempt to quash such a dispute, the emperor Valentinian ordered Ambrose to let a heretical faction control one of his churches. Ambrose was obstinate, adamantly refusing to comply. Valentinian sent troops to enforce the order, and they attacked the church while Ambrose and his church members were inside. In a statement to Valentinian, Ambrose maintained, “The emperor is in the Church, not above it.” Upon receiving the message, Valentinian withdrew his forces.

That was not Ambrose’s only sparring match with government authorities. After the governor of Thessalonica was murdered, the emperor Theodosius ordered a massacre as retribution for the act. Thousands of innocent Thessalonians were slaughtered by the emperor’s troops, earning him a fiery rebuke from Ambrose:

“What has happened at Thessalonica is unparalleled in human memory. You are human, and temptation has overtaken you. I implore you to penance. The devil took away your crown of piety. Drive him from you while you can.”

Convicted by Ambrose’s admonishments, Theodosius followed his instructions, and in Ambrose’s account, “never ceased to grieve for his error,” until his dying day.

The Legacy of St. Ambrose

Over the course of his life, Ambrose was a prolific author, penning essays on asceticism, theology, spirituality, and contemporary issues of the era. He is also believed to have been influential in St. Augustine’s conversion to Christ, baptizing him in 386. Augustine was extremely impressed by Ambrose, who showed him that Christianity could be rational, lucidly explaining difficult passages of Scripture.

Ambrose was 57 when he passed away on Good Friday in 397. He is the patron of beekeepers and learners, and Milan, and is depicted in the Basilica in the east portico, the Baldachin, and in a window in the St. Margaret of Antioch chapel.

In honor of St. Ambrose, we invite you to light a candle today at the Basilica. Vigil candles burn in the chapels throughout the Upper Church and lower crypt level of the National Shrine. Each candle represents the faith of the supplicants and their fervent prayers entrusted to the intercession of the Blessed Mother.

Light a candle
Why Do We Celebrate the Immaculate Conception?
A Guide to the Joyful Mysteries