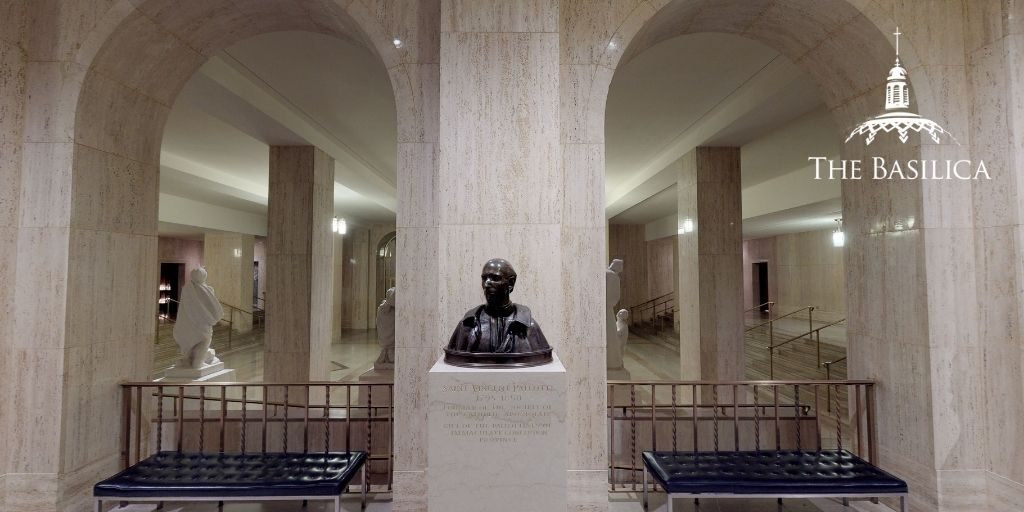 “Holiness is simply to do God’s will, always and everywhere.” – St. Vincent Pallotti

On January 22, we commemorate the passing of St. Vincent Pallotti, Founder of the Society of the Catholic Apostolate, into eternal life. His dedication to working class people and the importance of vocation continues to inspire believers to pursue excellence in their sphere.

St. Vincent Pallotti was not born into particularly grand circumstances. His father was a Roman grocer, and though Vincent’s teachers called him a “little saint,” they were the first to say that he was not exactly a star student. Vincent’s early challenges did not stop him from being a brilliant light for truth in the world, however. He improved his academic work, earning degrees in theology and philosophy and becoming a college professor. At age 23, he was ordained to the priesthood, and soon realized that his true passion was in pastoral work.

Vincent was especially dedicated to helping rural people recognize the value and dignity of their work, no matter what their profession. He encouraged them to strive for excellence in all they did, as Tom Cowan relates, “bringing a sense of the sacred into one’s daily work.” He founded an agricultural school which offered training in the most cutting-edge methods of farming and livestock production. And his training initiatives were not limited to the farming sector: he also set up classes for market gardeners, joiners, shoemakers, coachmen, and tailors, equipping working-class people not only with the skills, but the mindset to succeed in life. He remarked:

“Be holy in the world of your social relationships, in your work and in your leisure, in your teaching… Holiness is simply to do God’s will, always and everywhere.”

In 1835, Pallotti’s vocational programs inspired the founding of the Union of Catholic Apostolate, which is dedicated to sharing the Gospel and providing vocational training to the poor and working class. Comprised of priests, nuns, and lay people, the organization continues to carry out this mission today with over 2300 members worldwide. 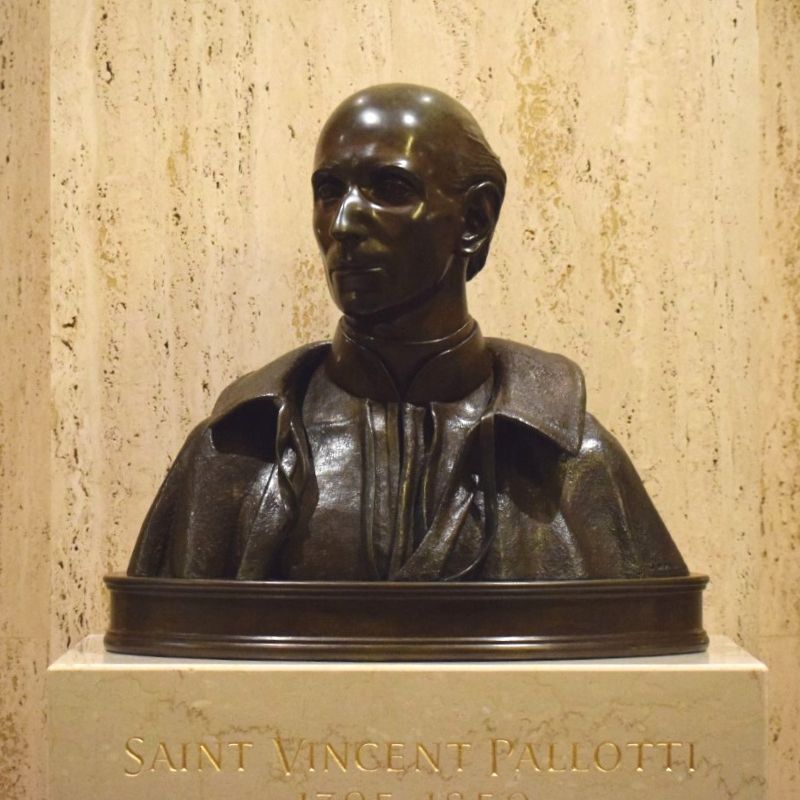 Concern for the Underprivileged

Vincent’s life was also marked by extreme personal sacrifice and concern for the underprivileged. It was noted that he gave people the clothes off his back on more than one occasion. There was no length to which he was unwilling to go in order to help someone; once, he even disguised himself as a woman in order to visit a sick man who had vowed to shoot any priest who came near him. Because of his visit, the man rededicated his life to God.

One of Vincent’s colleagues said of him, “He did all that he could. As for what he couldn’t do – well, he did that too.”  He passed away on January 22, 1850. St. Vincent Pallotti is portrayed in the Basilica in a Bronze Sculpture in the Hall of American Saints.

Butler’s Lives of Saints
Cowan’s The Way of Saints