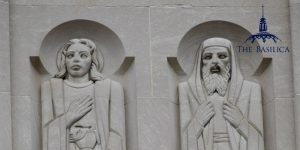 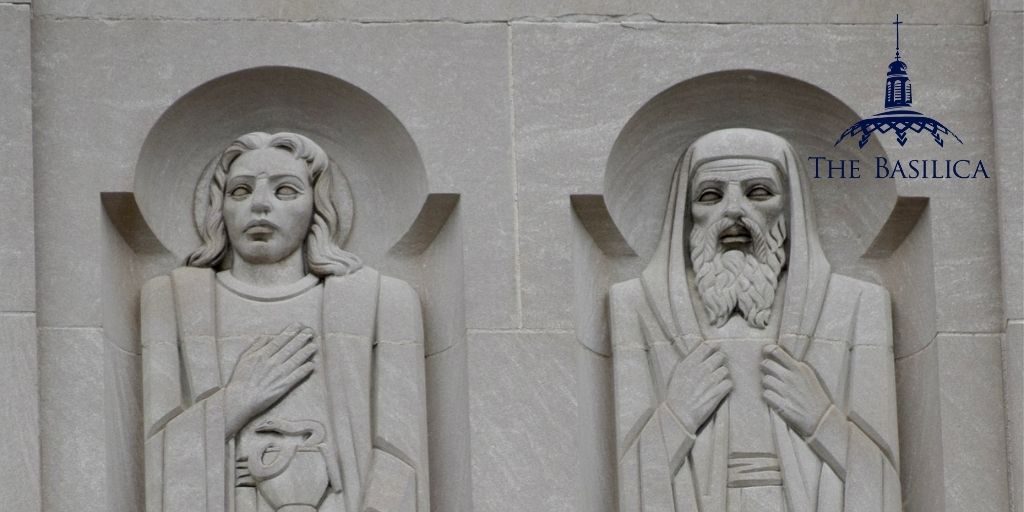 The successor to Elijah, Elisha served as a prophet and miracle worker during a tumultuous time in Israel’s history. Though he performed many miracles, he remained humble and faithful to God, denying monetary gain as he served the Lord. In today’s Biblical Figures post, we invite you to learn more about Elisha and his ministry.

Elisha is first introduced in 1 Kings 19. The Lord appeared to Elijah and told him that Elisha would succeed him as prophet. Elijah then approached Elisha, who was plowing in the field. Elijah threw his cloak on him, and Elisha asked to kiss his mother and father goodbye before coming with him. He burned his plow and used the fire to cook his oxen, leaving his past life behind.

The Departure of Elijah

For a time, Elisha ministered with Elijah. As Elijah approached the end of his life, he did not die, but was taken up in a whirlwind by God. Before Elijah left earth, he asked if there was anything he could do for Elisha. Elisha responded:

“May I receive a double portion of your spirit.” He replied, “You have asked something that is not easy. Still, if you see me taken up from you, your wish will be granted; otherwise not.” As they walked on still conversing, a fiery chariot and fiery horses came between the two of them, and Elijah went up to heaven in a whirlwind, and Elisha saw it happen. He cried out, “My father! my father Israel’s chariot and steeds!” Then he saw him no longer. — 2 Kings 2:9-12

The Boys and the Bears

Shortly after, Elisha began ministering independently and performing miracles, beginning with the purification of the bad water of Jericho. On his way to Bethel, a crowd of unruly boys came after him, harassing him and mocking his baldness. In a providentially dramatic turn of events, Elisha cursed them, and two bears emerged from the woods, killing 42 of the boys.

The Widow and the Oil

Perhaps one of the most well-known stories about Elisha is that of the widow’s oil. The woman, destitute following the death of her husband, came to Elisha after a creditor threatened to take her children as slaves. Though she had nothing in her house but a jar of oil, Elisha multiplied the oil until it filled all the vessels that she had, and she was able to sell the oil to pay off the debt.

When Elisha came to Shunem, a prominent woman in the city invited him to dine at her home. They became friends, and whenever he came to the city, he would stay with her and her husband. Desiring to repay them for their kindness, he asked the Lord to bring them a child, for they were barren. They had a son, and he grew up healthy. However, one day when he was in the fields, he complained of a headache and passed away. His mother immediately went to find Elisha, who came and stretched himself on the boy, reviving him.

By now, stories of Elisha’s ability to perform miracles had spread far beyond Israel. When Naaman, the commander of the army of Aram (modern-day Syria), was stricken with leprosy, he sought Elisha in the hope that he could heal him. Elisha told him that he would be healed if he washed in the Jordan seven times, but Naaman was disgusted at the thought of bathing in the Jordan:

“But Naaman went away angry, saying, ‘I thought that he would surely come out to me and stand there to call on the name of the Lord his God, and would move his hand over the place, and thus cure the leprous spot. Are not the rivers of Damascus, the Abana and the Pharpar, better than all the waters of Israel? Could I not wash in them and be cleansed?’ With this, he turned about in anger and left.” — 2 Kings 5:11-12

However, his servants were able to convince him to do as Elisha said, and Naaman’s skin became “like that of a little child.” He returned to Elisha to thank him and vowed to serve the Lord. Naaman offered him a reward for performing the miracle, but Elisha refused, much to the disappointment of his servant Gehazi. Gehazi then followed Naaman, saying that Elisha had changed his mind. In a divinely ironic twist, Gehazi was struck with leprosy for his greed.

Final Prophecies and End of Life

When the city of Samaria was under siege, he prophesied about how their sufferings would come to an end. He then traveled to Damascus and foretold that Hazael would become the king of Syria. He also anointed Jehu, the son of Jehoshaphat, as the next king of Israel.

When Elisha was on his deathbed, Joash, king of Israel came to him, and Elisha used a bow and arrows to prophesy about relations between Israel and Aram. After Joash shot an arrow out the window, Elisha prophesied victory. But when Elisha asked him to take another arrow and beat the ground, he only beat it three times. Elisha thus prophesied that Israel would only beat Aram three times instead of finishing them. Shortly after, Elisha died. Yet, even after he died, God performed a miracle through him:

And so Elisha died and was buried.

At that time of year, bands of Moabites used to raid the land. Once some people were burying a man, when suddenly they saw such a raiding band. So they cast the man into the grave of Elisha, and everyone went off. But when the man came in contact with the bones of Elisha, he came back to life and got to his feet.. — 2 Kings 13:20-21

What We Can Learn from Elisha

Elisha was a man of strong faith, pursuing God above all else. Because of his devotion to God, he performed more miracles than any other prophet in the Old Testament. When Elijah was about to be taken up into heaven, Elisha had the opportunity to ask Him for anything, and he asked for a double portion of the Holy Spirit, demonstrating his passion for ministry and desire to serve God wholeheartedly. Like Elisha, we should be open to the Holy Spirit, seeking to further the kingdom of God above all else, rather than our own material interests.

In the Basilica, Elisha is portrayed in the east buttress of the south entrance.