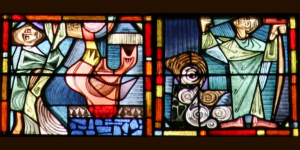 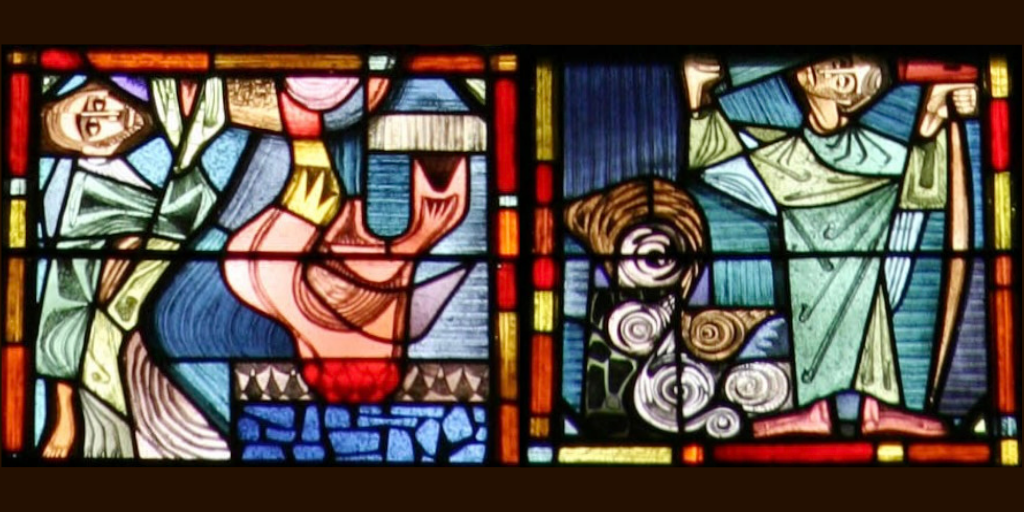 While filled with tragedy, the story of Cain and Abel teaches us a valuable lesson about living with sincerity. Through their example, we learn how not just our actions, but our attitudes matter to God – and how devastating sin’s consequences can be. It is only through God’s mercy that we can learn to live “with the simplicity and sincerity of God, [and] not by human wisdom but by the grace of God,” (2 Corinthians 1:12).

Cain and Abel Present Their Offerings

After Adam and Eve were forced to leave the Garden of Eden, they decided to start a family. While the exact number of children they had is unknown, the Bible tells us that their first two were boys named Cain and Abel. When they grew older, Cain worked in the fields, planting and harvesting crops, and Abel became a shepherd.

As they began to reap the benefits of their new occupations, they decided to give offerings to God to show their gratitude. For his offering, Abel brought God the “fatty portion” of his flock, which pleased Him. However, when Cain presented God with some of his harvest, He was not pleased. Yet God still gave him the chance to redeem himself, telling him how he could remedy the situation. Genesis 4:6-7 tells us:

“Then the Lord said to Cain: Why are you angry? Why are you dejected? If you act rightly, you will be accepted; but if not, sin lies in wait at the door: its urge is for you, yet you can rule over it.”

Cain Murders Abel and Is Punished

Instead of making amends, Cain took out his anger on his brother. After he spoke with God, Cain took Abel for a walk in the fields and murdered him. Shortly after, God asked Cain where Abel had gone, and Cain tried to evade the question. But God knew the sin he committed against his brother, and punished him. Genesis 4:10-12 says:

Cain was even more distressed after hearing what his punishment was to be. However, he didn’t express remorse for his actions – he was only concerned that others might want to kill him for what he had done. In his mercy, the Lord “put a mark on Cain, so that no one would kill him at sight,” (Genesis 4:15). Cain was exiled to Nod, the land east of Eden, where he later started his own family.

What Their Story Teaches Us

Although the Bible does not explicitly state how Cain erred in presenting his sacrifice, we can draw conclusions based on what it does not tell us: the fact that Abel gave God the “fatty portion” of his flock implies that he gave God the best of what he had, while the fact that no distinction is made regarding Cain’s sacrifice implies that he did not offer God the best of his crop. While both Cain and Abel presented a portion of their gains to God, Cain was insincere in his offering.

Rather than having a contrite heart and seeking to determine why God was not gratified with his offering, Cain jealously turned against Abel. Cain’s failure to respond in humility ultimately came from his unwillingness to admit his mistakes. Instead, Cain chose to give in to his petty jealousy and continue in a pattern of arrogance and sin.

The devastating results serve as a reminder of the consequences of sin – the consequences of being too proud to admit when we are wrong and change our ways. Cain lost his brother, was banished from his home, and was forced to wander the earth for the rest of his life.

Yet even Cain’s exile was a reflection of God’s boundless mercy. After Cain murdered Abel, God allowed him to start a new life in a different place and marked him to prevent him from being killed by others. Through these acts of mercy, God reminds us that even in spite of our weakness – or outright depravity – God is a God of grace and second chances. As 1 John 1:9 states:

“If we acknowledge our sins, he is faithful and just and will forgive our sins and cleanse us from every wrongdoing.”

Cain and Abel’s story parallels the story of Adam and Eve in that Cain sins, attempts to hide his sin from God, is given a second chance by God, and is ultimately exiled. Both serve as a reminder of the sobering reality of humans’ sin nature and the enduring promise of God’s overwhelming grace in the face of our depravity.

This post is the fourteenth installment in the Basilica’s Biblical Figures series, which highlights the stories of the individuals throughout the Scriptures who are portrayed in “America’s Catholic Church.” While some of them inspire us with their unwavering faithfulness, others serve as sober reminders of the consequences of sin. All of them have lessons to teach us about Christian living.