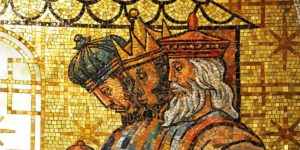 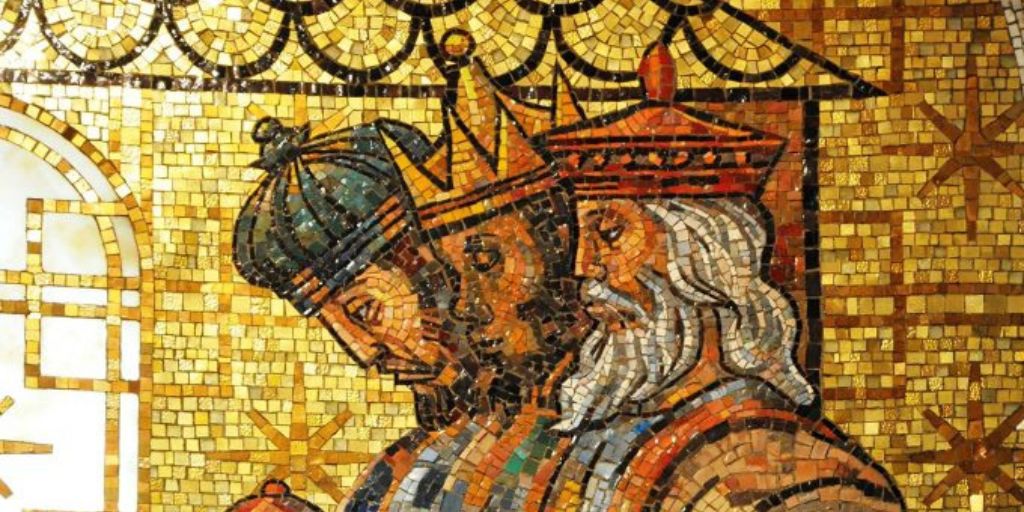 Every year after Christmas, the Church celebrates the Solemnity of the Epiphany of the Lord, focusing on the Magi’s journey and worship of Jesus. Ultimately, Epiphany reflects Christ’s coming to the Gentile nations – and the Magi’s joyous readiness to accept Him as king serves as a reminder of what our response to Christ should be.

In today’s post, we invite you to learn what the Bible tells us about the Magi, their journey, and what it means for the faithful today.

What Does the Bible Tell Us About the Magi?

The Bible describes the magi as wise men. They were most likely wealthy, though not necessarily kings, and knowledgeable about astronomy, which was likely significant to their religion. Though traditionally one man is assigned to each of the three gifts they brought to the Christ Child, technically the Scriptures do not indicate how many there were. What it does tells us is that when they saw an unusual star in the sky, they followed it to Jerusalem and asked King Herod where the king of the Jews was born.

Their question greatly intrigued King Herod. After consulting his chief priests and scribes on the matter, he asked the Magi to find the child, and return to tell him so that he might also worship Him.

As prophesied, the Magi found Mary and the Christ Child in Bethlehem, where they worshipped Him and presented Him with gifts of gold, frankincense, and myrrh. And while Herod had made plans for evil, God in His providence sent the wise men a dream warning them not to return to the wicked king.

But Herod wasn’t finished. Still anxious of this threat to his reign, he ordered that all the male infants in Bethlehem be slaughtered.

God’s Revelation to the Magi

God used the Magi’s studies of the stars and pagan religion to direct them to Christ, taking their imperfect knowledge of the cosmos to reveal a perfect knowledge of Him. Not only did He give them the star, which led them to Jesus, but He also spoke to them in a dream, directing them not to return to Herod after they had seen the Christ Child. God’s revelation of Himself to the Magi showed that the coming of Jesus was for the Gentile nations – that His gift of salvation was and is for all who will accept Him as their Lord.

Herod and the chief priests and scribes, though they knew of the Messiah and where He would be born, did not desire to serve Christ or know Him truly. Instead, they perceived Him as a threat to their worldly power.

Herod was so desperate to preserve his illegitimate rule that he slaughtered all the Jewish males in the Bethlehem area under two years of age. An echoing of Pharoah’s command to slaughter the Israelite infants, it serves as an early example of the hostility Christ would face from Jewish leadership.

In contrast, the Magi recognized the kingship of Christ without hesitance. From the moment of their first appearance in Jerusalem, they asked, “Where is He who has been born king of the Jews?” When they came to the home where Mary, Joseph, and Jesus were dwelling, they fell on their knees in worship, presenting Him with gifts that each reflected a different aspect of His role as Savior: gold, for His kingship, frankincense, for His deity, and myrrh to foreshadow His sacrificial death.

As we celebrate Epiphany, may we also come to Jesus with hearts ready to worship. Let us pray that He would reveal Himself to us, and that He would take our imperfect knowledge of Him and replace it with the truth of who He is.

In the Basilica, the Magi are depicted in the Nativity Chapel in the Great Upper Church, as well as a column capital in the North Apse of the Crypt Church.