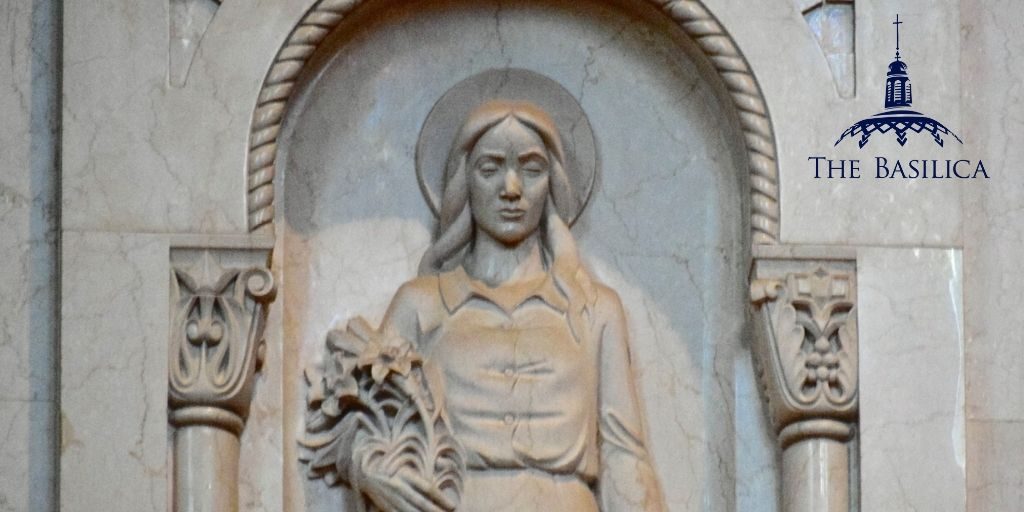 July 6 is the feast day of Maria Goretti, the patroness of purity, young women, and victims of assault. Though her time on earth was brief, her compelling story serves as a vivid example of faith and the power of forgiveness.

The Life of Maria Goretti

Born in poverty in Corinaldo, Italy, on October 16, 1890, Maria Goretti displayed trust in God from a young age. Though she was unable to go to school, she was blessed with a loving family that raised her in the faith. When her father died of malaria, she bravely held to God’s promise of provision, often telling her mother, “Mother, be brave, God will help us.”

When she was only eleven years old, Maria suffered a brutal assault. After she refused the advances of an older farmhand named Alessandro Serenelli, he stabbed her multiple times. She was taken to the hospital, but her wounds were too severe, ultimately taking her life.

The Power of Forgiveness

In the last hours of her life, Maria forgave her attacker, expressing her wish that he would repent and turn to Christ.

Alessandro received a sentence of thirty years. While in prison, he had a dream in which Maria appeared to him, offering him lilies that burst into flames. As a result of the dream and the encouragement of a priest, he turned to God. When he was released, he went to Maria’s mother, Assunta, and begged her for forgiveness. She forgave him, and they attended Mass, receiving Communion together. He went on to become a lay brother of the Order of Friars Minor Capuchin and was present at Maria’s canonization ceremony in 1950. 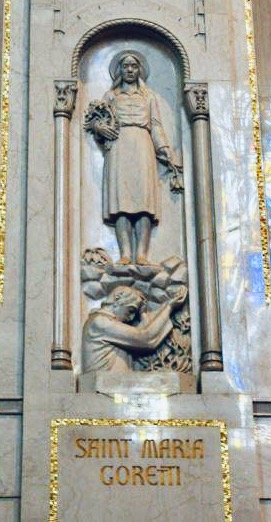 We can be inspired by Maria’s loving display of forgiveness, as well as her simple and steadfast faith. As Pope John Paul II once said:

St. Maria Goretti was a girl whom God’s Spirit endowed with the courage to stay faithful to her Christian vocation even to the point of making the supreme sacrifice of her life. Her tender age, her lack of education and the poverty of the environment in which she lived did not prevent grace from working its miracles in her. Indeed, it was precisely in these conditions that God’s special love for the lowly appeared. We are reminded of the words with which Jesus blesses the heavenly Father for revealing himself to children and the simple, rather than to the wise and learned of the world (cf. Mt 11,25).

St. Maria Goretti in the Basilica

In the Basilica, St. Maria Goretti is depicted in the South Nave Bay, holding lilies in representation of her purity, as in Alessandro’s dream. She stands on a rocky ledge, while Alessandro kneels among briars below, begging her forgiveness. She is also shown in the Second Coming mosaic of the west transept.

O God, author of innocence and lover of chastity, who bestowed the grace of martyrdom on your handmaid, the Virgin Saint Maria Goretti, in her youth, grant, we pray, through her intercession, that, as you gave her a crown for her steadfastness, so we, too, may be firm in obeying your commandments.
– The Roman Missal

St. Kateri Tekakwitha: The “Lily of the Mohawks”
9 American Landmarks Portrayed in the Basilica’s Art