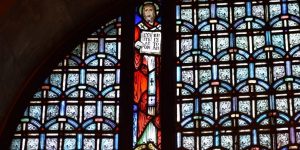 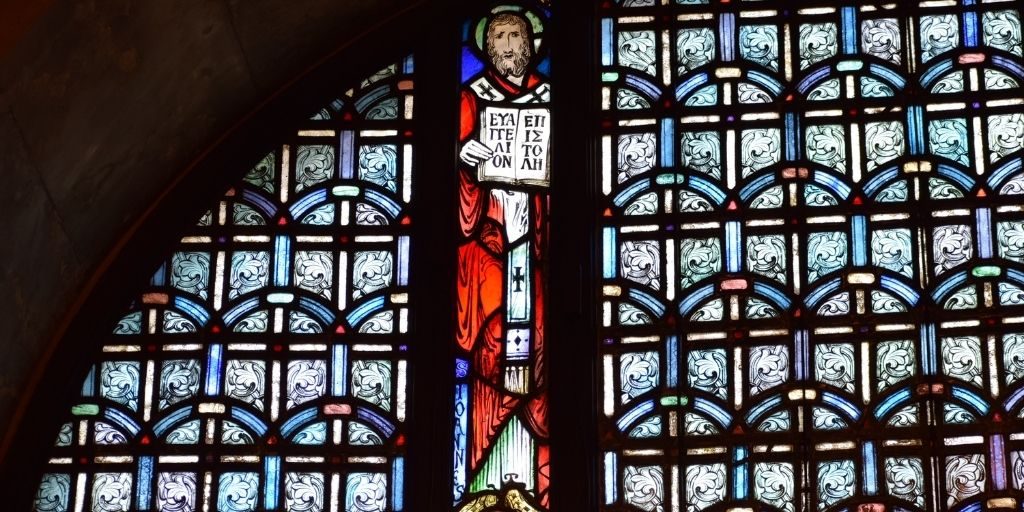 Did you know that “Chrysostom” is a nickname that means “golden-mouthed”? A legendary orator, St. John Chrysostom enjoyed immense popularity as a preacher in Antioch. Many of the texts of his sermons, which skillfully blend incisive scholarship with practical instruction, are available today and are considered some of the best examples of the theological thought of his era.

Despite fierce cultural opposition, John was unafraid to criticize the evils of his society and government, no matter what the cost. As we celebrate the Feast of St. John Chrysostom on September 13, we reflect on his life and legacy, inspired by his unflinching boldness in proclaiming the truth.

John was born in 347 in Antioch, Syria. The son of an army officer, he was primarily raised by his mother, as his father died when he was very young. When John converted to Christianity at age 23, he decided to live with the monks in the mountains on the outskirts of Antioch. For a few years, he cloistered himself in a damp cave – to his own detriment. After suffering poor health from his living conditions, John returned to the city, and in 397 became bishop of Constantinople.

Many of John’s sermons criticized the sensuous and lavish lifestyles led by the wealthy while the poor languished in the slums. At that time, Eudoxia, the empress, was notorious for her extravagant, superficial lifestyle. Some of the aristocratic practices surrounding modesty were not only dehumanizing to servants and slaves, but very often led to the exploitation of the lower classes. John’s fearless excoriation of these customs led people to accuse him of specifically criticizing the empress, and years later, after being tried for that “crime,” he was banished to a remote town on the Black Sea.

Unfortunately, he was forced to make the journey on foot in the middle of a blazing summer, pushed onward at an impossible pace by inhumane guards. Just a few months later, he was carried to a nearby chapel at the point of exhaustion and died with the words “Glory be to God for all things,” on his lips.

St. John Chrysostom is portrayed in the Basilica in the east Façade, the Baldachin, and in the east apse lunette window of the St. Susanna of Rome Chapel in the Crypt Church.

Basilica to Celebrate a Special Mass and Present Nearly Half a Million Dollars in Donations Received for the Restoration of Notre Dame Cathedral in Paris
Virtual Tour: Our Lady of Sorrows