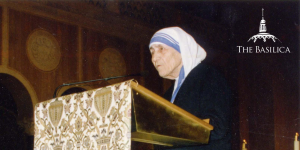 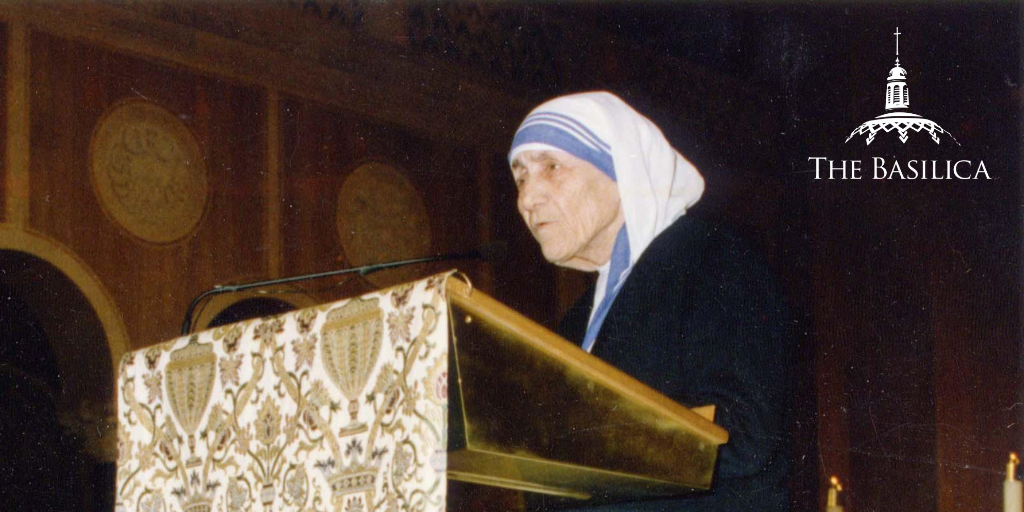 September 5, 2022 marks the 25th anniversary of the death of Saint Teresa of Calcutta. Without question, Mother was one of the most respected individuals in the 20th century, both in the Church and throughout the world.

Mother Teresa was easily recognized, listened to attentively, persuasive in her manner and would not take no for an answer.

Mother once reflected that her vocation was “grounded in belonging to Jesus, and in the firm conviction that nothing will separate me from the love of Christ.” “The work we do” Mother asserted, “is nothing more than a means of transforming our love for Christ into something concrete.”

Saint Teresa of Calcutta certainly reversed worldly wisdom and even had world leaders scratching their heads. But through it all, like Jesus, Mother summoned everyone, regardless of status or religious conviction, to examine their life in light of Gospel values.

In an address Mother Teresa gave at the opening of one of the Missionaries of Charity houses in England, she provided practical advice for living as she encouraged, “Try to be more in tune with God and more open to him, so that you will be able to see his face.” Mother continued, “Jesus said, ‘Blessed are the clean of heart, for they will see God.’ We need to have an open heart to be able to see God. Let’s pray for the grace we need.”

To the world, Saint Teresa of Calcutta was certainly “in tune with God” and even in the midst of her own dark night of the soul, when she herself felt that her prayer was arid and God was distant from her, Mother did not stop praying, but remained “in tune with God,” patiently waiting for God to respond to her prayer, once commenting, “I am perfectly happy to be God’s flower in the field.”

Mother Teresa’s deep faith and fervent spirituality were not born of any grandiose spiritual exercises, but were developed simply through her daily prayer life, being “in tune with God” through the prayer of the Mass, reception of Holy Communion, praying the Rosary and just spending time with the Lord present in the Most Blessed Sacrament.

Mother Teresa was a frequent visitor to the Basilica of the National Shrine of the Immaculate Conception, most especially in conjunction with the profession of the Missionary of Charity Sisters. Here at Mary’s Shrine, we now have a stained-glass window depicting her image, a statue in Memorial Hall and Mother now gazes on everyone not only from heaven, but from the Trinity Dome in the Great Upper Church.

I had the privilege of being with Mother Teresa on several occasions both here at the Shrine, and at the Missionaries of Charity Gift of Peace House not far from the Shrine.

However, the very first time I met Mother was 35 years ago when I was in still in the seminary.

Mother Teresa was scheduled to give a talk in my home Diocese of Scranton and was staying at the Missionaries of Charity house in the Bronx, New York. Since I was in the seminary in Yonkers, New York, I was asked if I would provide transportation for Mother to Scranton.

During our several hour journey, after praying the Rosary, my classmate, who traveled with us for “proprieties sake,” and I began to engage Mother in conversation, which turned into a spiritual conference. Mother spoke, as she frequently did, about the importance of holiness in life, reminding us that we will never achieve holiness until we die, adding, “the important thing is your desire for holiness. It is in the desire that we achieve our goal.”

Holiness is the goal for each of us. As we honor the memory of Saint Teresa of Calcutta on the anniversary of her death, may Mother intercede for us and help us to place ourselves in the hands of God, receive the graces we need “to have an open heart to be able to see God,” so that one day, with her, we will achieve holiness as we rejoice in God’s presence forever in heaven.

Monsignor Walter R. Rossi is the Rector of the Basilica of the National Shrine of the Immaculate Conception

In honor of St. Mother Teresa, we invite you to light a candle today at the National Shrine. Vigil candles burn in the chapels throughout the Great Upper Church and lower crypt level of the National Shrine. Each candle represents the faith of the supplicants and their fervent prayers entrusted to the loving intercession of the Blessed Mother.