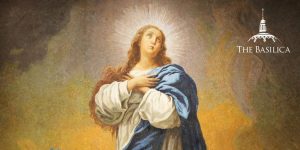 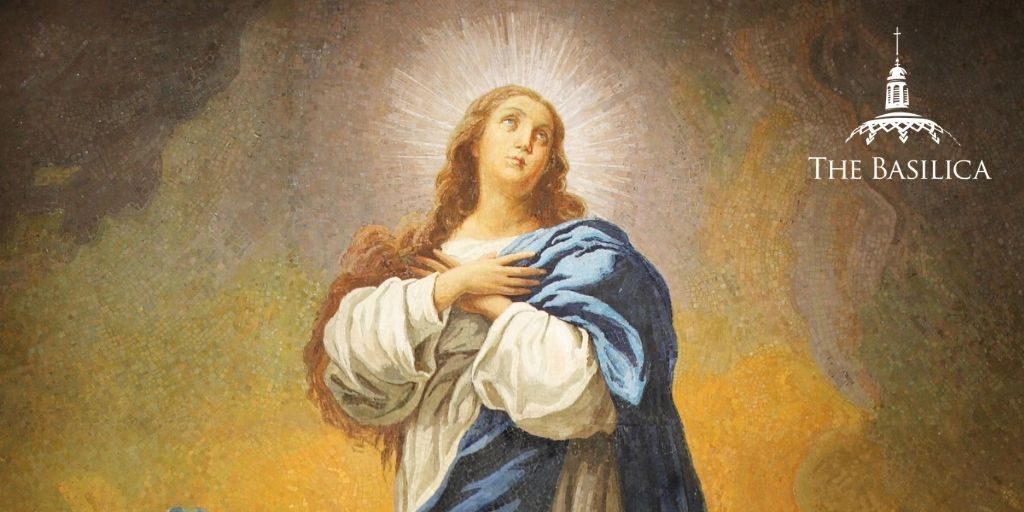 The Doctrine of the Immaculate Conception

The most Blessed Virgin Mary was, from the first moment of her conception, by a singular grace and privilege of almighty God and by virtue of the merits of Jesus Christ, Savior of the human race, preserved immune from all stain of original sin.

To prepare her to be, yet also as a result of becoming, the Christ-bearer, Mary is held as holy from her conception. The Catechism of the Catholic Church states:

To become the mother of the Savior, Mary “was enriched by God with gifts appropriate to such a role” …

The “splendor of an entirely unique holiness” by which Mary is “enriched from the first instant of her conception” comes wholly from Christ: she is “redeemed, in a more exalted fashion, by reason of the merits of her Son.” The Father blessed Mary more than any other created person “in Christ with every spiritual blessing in the heavenly places” and chose her “in Christ before the foundation of the world, to be holy and blameless before him in love.”

The History of the Feast of the Immaculate Conception

The Feast of the Immaculate Conception dates to as early as the eighth century. It became more widely celebrated during the 18th century, with its observance in the United States predating the Declaration of Independence. Mary, under her title the Immaculate Conception, was commended to the patronage of the United States in 1846, and in 1885, the day became a national Holy Day.

Honoring the Immaculate Conception of Mary at the Basilica

The Immaculate Conception Mosaic at the Basilica is a gift of the Vatican Mosaic Studio and contains 250,000 pieces of natural stone in 35,000 different hues, sanded smooth to resemble a painting. Taking more than five years to create, it is based on a famous oil painting by the Spanish artist Bartolomé Esteban Murillo, La Purísima Bionda.

Catechism of the Catholic Church

In honor of the Blessed Virgin Mary, we invite you to Light a Candle at the Basilica of the National Shrine of the Immaculate Conception. Vigil candles burn in the chapels throughout the Upper Church and Crypt level of the National Shrine. Each candle represents the faith of the supplicants and their fervent prayers entrusted to the loving intercession of the Blessed Mother.

Light a candle
St. Lucy: Reflecting Christ’s Light as We Approach the Christmas Season
A Guide to Advent and Christmas at the Basilica