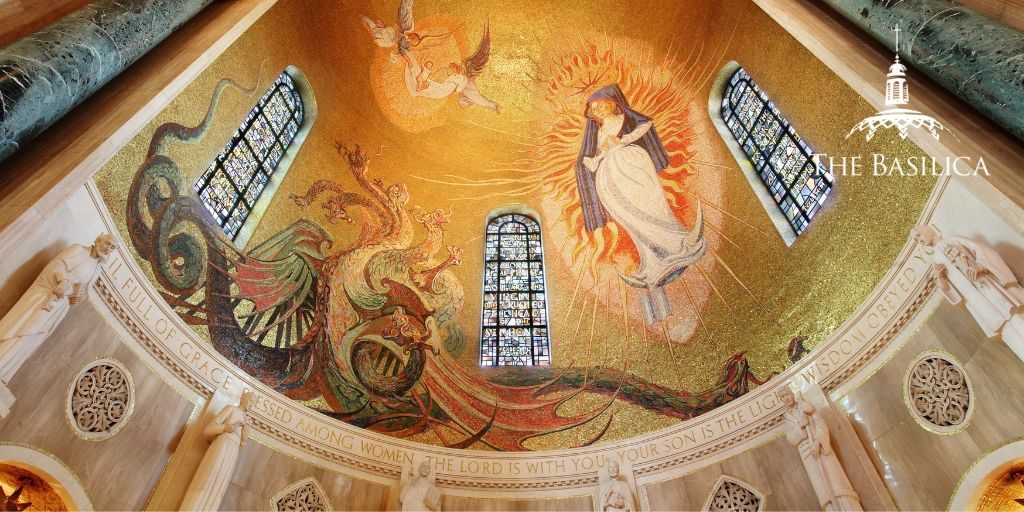 On July 31, we honor the life and legacy of Saint Ignatius of Loyola. Ignatius was born in Spain as Inígo López de Loyola in 1491. He was a rising star in the Spanish military, when at age 30 during the battle of Pamplona, he was hit with a deadly cannon explosion — wounding his leg and back, and rendering him bedridden for an extended period of time. In this invalid state, Ignatius requested to read romances to fill the long hours of free time. However, he was informed that there were no romances available for him – only volumes on the lives of saints.

Though tales of saints were not what Ignatius had hoped to immerse himself in, he found himself fascinated by their examples of faith and devotion. As he was a knight dedicated to a code of honor, the faith-based action of the saints likely inspired him. His reading sparked a journey that would lead him to an even higher code of honor: dedicating his life to be a “a knight for the glory of God.”

A Journey to Enlightenment

His injury, however, left him with a limp that would plague him the rest of his life. Once he recovered sufficiently to walk, he decided to make a pilgrimage to the Catalonian shrine of Our Lady at Montserrat. There, he laid his sword and dagger on the altar after keeping an all-night vigil, searching for spiritual enlightenment. In the months that followed, he experienced a series of mystical visions as he continued to reflect. As he meditated, Ignatius began to write the work that would eventually be known as his Spiritual Exercises – a practical guide for meditation. Intrigued with the Gospel stories, he made various pilgrimages to the different sites mentioned in the accounts.

He returned from his pilgrimages in 1524 with the resolution to dedicate his life to Christ, studying a variety of disciplines including Latin, theology, and philosophy; he eventually earned his master’s degree from the University of Paris.

In 1534, he joined with six friends from the university to form what would become known as the Society of Jesus, using his Spiritual Exercises as a framework for meditation. When the group was officially recognized by Rome in 1540, it consisted of just ten members. Over the following fifteen years, under Ignatius’ leadership as superior, it would expand to 1,000 members. The Society of Jesus, which eventually became known as the Jesuits, was dedicated to spreading Christ’s presence throughout the world, no matter how perilous the region. When St. Ignatius passed away in 1556, the presence of the Jesuits was scattered in nine countries and provinces in South America, Europe, and India.

Ignatius’ Spiritual Exercises are still widely used by the faithful, with many attending four-week retreats modeled after the form conceived in the Exercises. St. Ignatius believed that it was necessary for daily meditation to be practical and consistent, remarking:

In the same way that strolling, walking, and running exercise the body, spiritual exercises prepare the soul to become free of extravagant attachments and to discover what God wants to accomplish in one’s life.

Ignatius’ life serves as a reminder of how God works in mysterious ways. As a courageous soldier with a promising military career, Ignatius likely found his injury devastating. What’s more, he was not able to fill his time as he originally hoped, but instead was forced to read about the lives of the saints rather than romances. However, as Proverbs 16:9 tells us “A man’s heart plans his way, but the Lord directs the steps.” Truly, the ways of God are not our ways; and His plans are far better than any we make for ourselves. Without suffering from that cannon fire, Ignatius might have never been inspired to study the lives of saints and eventually find God.

The Jesuits would grow to include approximately 25,000 members by the close of the 20th century; their commitment to taking Christ’s message throughout the world – even in dangerous areas – resulted in mass persecution. Today, the Jesuits’ role complements parish priests, and their heritage serves as a beautiful part of the mosaic of diverse peoples and stories that make up the Catholic Church.

Ignatius is portrayed in a Trani marble statue in the West Apse of the Great Upper Church, along with five other Jesuit saints, flanking the Chapels of the Joyful Mysteries of the Rosary.

Who Was Saint Alphonsus Liguori?
The Life of St. Martha and Drawing Closer to Jesus