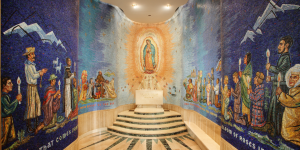 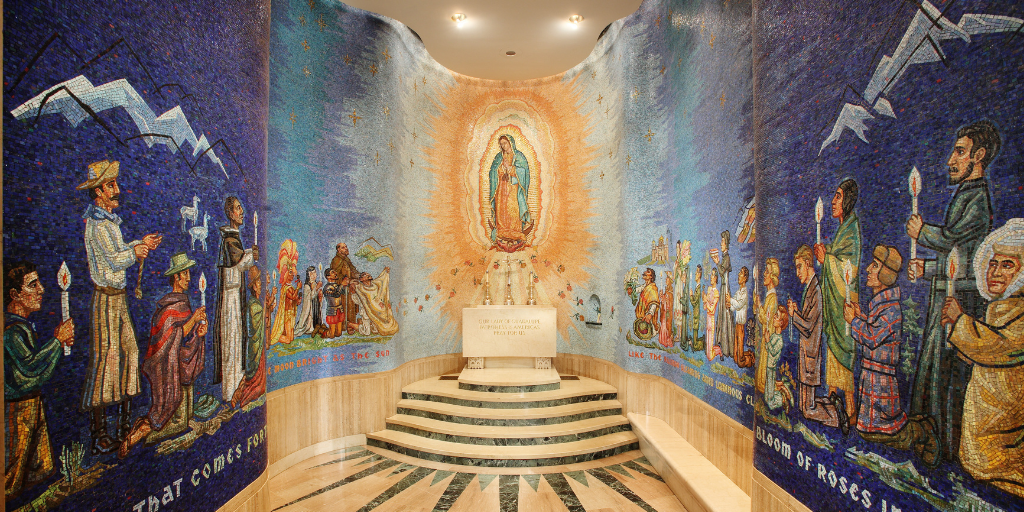 Our Lady of Guadalupe is one of the most beloved devotions in North America, but few people are familiar with the story of Juan Diego, the man to whom she appeared. Today, we invite you to learn five fascinating facts about this early American saint.

He Was Born Almost 550 Years Ago

Juan Diego was born in 1474 — eighteen years before Columbus sailed to America. A resident of Cuautlitlán, near present-day Mexico City, he was baptized by Franciscan missionary Friar Peter da Gand at the age of fifty.

He Met with Skepticism When Sharing Our Lady’s Message

Mary first appeared to Juan Diego on Tepayac Hill on December 9, 1531, as he was making his way to Mass. She asked him to go to the bishop, and request to build a shrine on the hillside, that she might bless those who called upon her. Juan Diego departed and approached the bishop with great excitement, telling him all he had seen, but when the bishop demanded evidence of the apparition, he was disheartened.

Searching for proof, Juan Diego returned to the hill, where he found roses miraculously blooming, though it was almost winter. He eagerly gathered the roses to show them to the bishop, wrapping them in his cloak to protect them from the cold. When he later presented the flowers to the bishop, they fell to ground, leaving an image of the Blessed Mother imprinted on the garment where they had rested.

In the image, Mary was depicted with native features and dress, the moon at her feet and stars on her mantle. She was supported by an angel, and a black girdle around her waist accentuated her pregnant stomach as she bore the Christ Child. This depiction of her with child was believed to represent the gospel being born among the people of the New World.

After the bishop witnessed the miraculous image, he gave his wholehearted support to the construction of a chapel. Juan Diego’s cloak was placed in the chapel upon its completion, as a reminder of the apparition. Juan Diego resided near the chapel for the rest of his life, acting as caretaker, welcoming pilgrims, and spending time in prayer and devotion. When he passed away in 1548, he was also buried in there. Over 450 years later, he was canonized by Pope John Paul II in 2002, and his cloak can still be seen on display at the Basilica of Santa Maria de Guadalupe.

Juan Diego is Depicted in Two Places at the Basilica

At the Basilica, there is an entire chapel dedicated to Our Lady of Guadalupe. It features brilliant blue curved walls to create the impression of her apparition to Juan Diego. Numerous colored tiles line the chapel walls, portraying a procession of the faithful of the Americas, including Juan Diego, as they present lighted candles to Our Lady.

The second depiction of Juan Diego can be found in the Trinity Dome, where he is portrayed holding his cloak open to display the miraculous image of the Blessed Mother.

God's Great Love: Pt. 2 of the Msgr. Vito Confession Series
What is the origin of the Miraculous Medal?