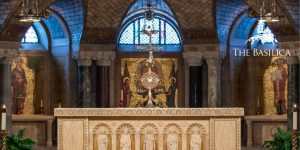 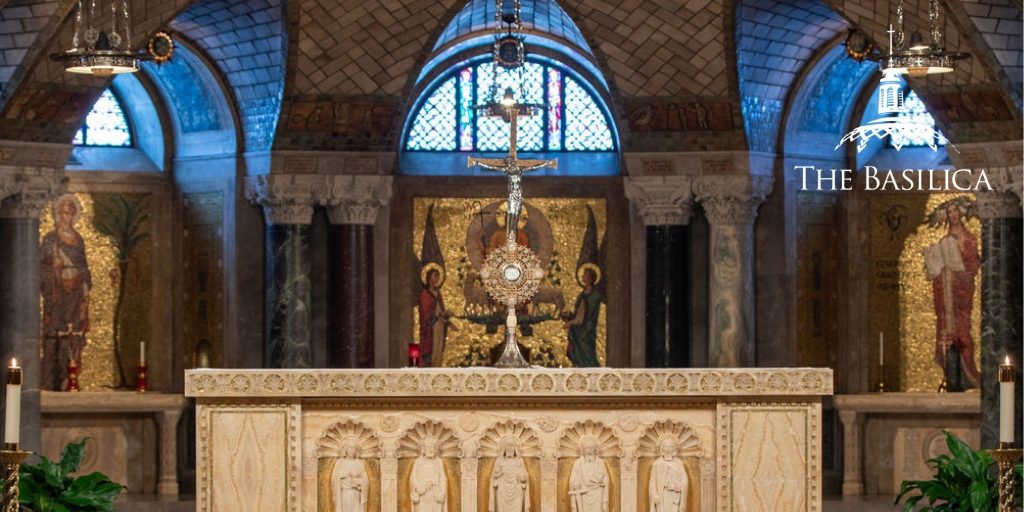 In observance of “24 Hours for the Lord,” the Lenten initiative launched by Pope Francis, the Basilica of the National Shrine of the Immaculate Conception will host 40 Hours Devotion from March 28 – 30, 2019.

As Pope Francis says in his Apostolic Letter Misericordia et Misera: “The Sacrament of Reconciliation needs to rediscover its central place in the Christian life … a favorable occasion for this could be 24 Hours for the Lord, a celebration held in proximity to the Fourth Sunday of Lent. This initiative, already in place in many dioceses, has great pastoral value in encouraging a more fervent experience of the Sacrament of Confession.”

Solemn Exposition of the Blessed Sacrament will take place overnight in the Crypt Church, from after the Opening Mass on March 28 through 4:15 p.m. on March 30 (with the Blessed Sacrament being reposed only during the Basilica’s regular scheduled Masses). The Sacrament of Reconciliation will be available during the Basilica’s regularly scheduled hours (7:45 a.m.–8:15 a.m.; 10:00 a.m.–12 noon; and 3:30 p.m.–6:00 p.m.) in the Chapel of Our Lady of Hostyn, the Confessional Chapel.

The faithful are invited to spend time in Adoration before Our Lord in the Blessed Sacrament during the National Shrine’s 40 Hours Devotion.