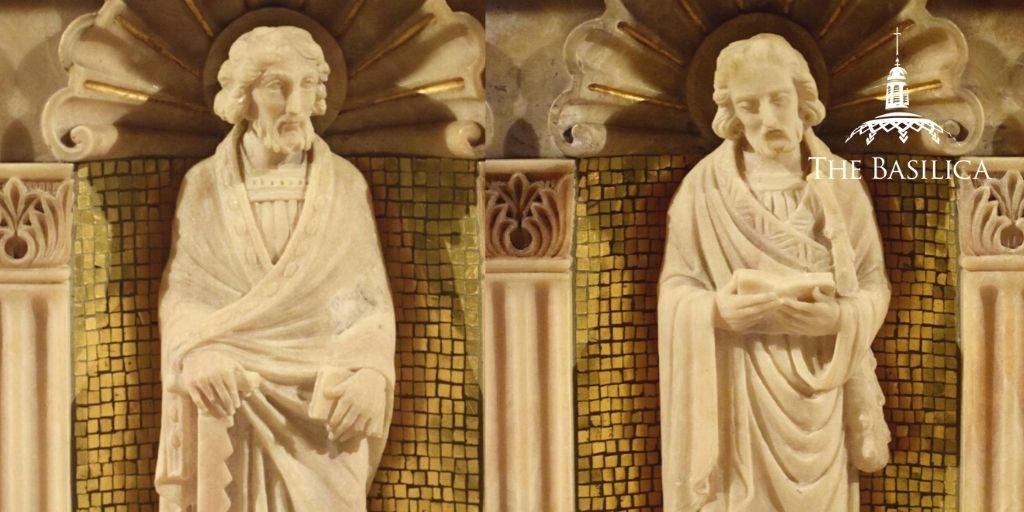 Simon and Jude (also known as Judas or Thaddeus) are two of the lesser-known disciples, but though they are not mentioned often in the Gospel, they still are important biblical figures for their closeness to Jesus and His ministry, and for their involvement in the early Church. Their feast day is celebrated on October 28.

Both Simon and Jude are mentioned in the lists of the apostles in Luke 6:14-16 and Acts 1:12-14. We know that they accompanied Jesus on His ministry, and that they were with the rest of the apostles in Jerusalem as they chose Judas Iscariot’s successor and when the Holy Spirit descended.

What do we know about Simon?

Simon was known as “the Zealot” which seems to indicate that he was part of a movement in opposition to the government of Rome. This would have put him at the opposite end of the political spectrum from Matthew, who, as a tax collector, was part of the Roman government. Only the love of Christ could unite two men who were so incredibly different.

What do we know about Jude?

In Church tradition, Jude is known for performing many miracles, and has a great following as “the saint of the impossible.” He is distinguished from Judas Iscariot with a variety of titles. Luke calls him Judas, son of James. John calls him “Judas (not Iscariot),” and Matthew and Mark call him Thaddeus. (It was typical at the time for Jewish men to have two names.)

Jude’s question at the Last Supper

At the Last Supper, Jude is mentioned specifically, asking Jesus: “Master, what happened that you will reveal yourself to us and not to the world?” (John 14:22) Jesus then gave a promise for His followers:

“Whoever loves me will keep my word, and my Father will love him, and we will come to him and make our dwelling with him. Whoever does not love me does not keep my words; yet the word you hear is not mine but that of the Father who sent me.

I have told you this while I am with you. The Advocate, the holy Spirit that the Father will send in my name—he will teach you everything and remind you of all that [I] told you. Peace I leave with you; my peace I give to you. Not as the world gives do I give it to you. Do not let your hearts be troubled or afraid.”

Jesus’ response demonstrates His care for the disciples and foreshadows the important role that they will play as leaders in the early Church. Those who love Him and follow Him will have the Holy Spirit dwell within them, equipping them to serve and reminding them of all that Christ taught them. Though they were to face many trials as followers of Christ, Simon and Jude could rest in Jesus’ promise and know that, even when He left them, they were enabled to fulfill the Great Commission to “Go into the whole world and proclaim the Gospel to every creature.” (Mark 16:15)

Simon and Jude are depicted in the west buttress of the south entrance and the Mary Memorial Altar.

In Paradisum: Music for All Saints and All Souls
Statement from Monsignor Walter Rossi on the Elevation of Archbishop Wilton Gregory to the College of Cardinals