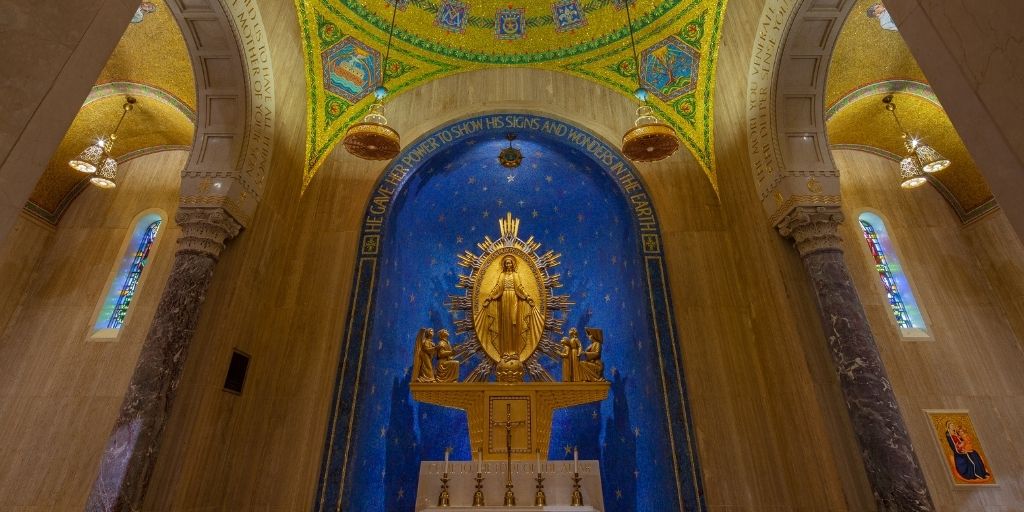 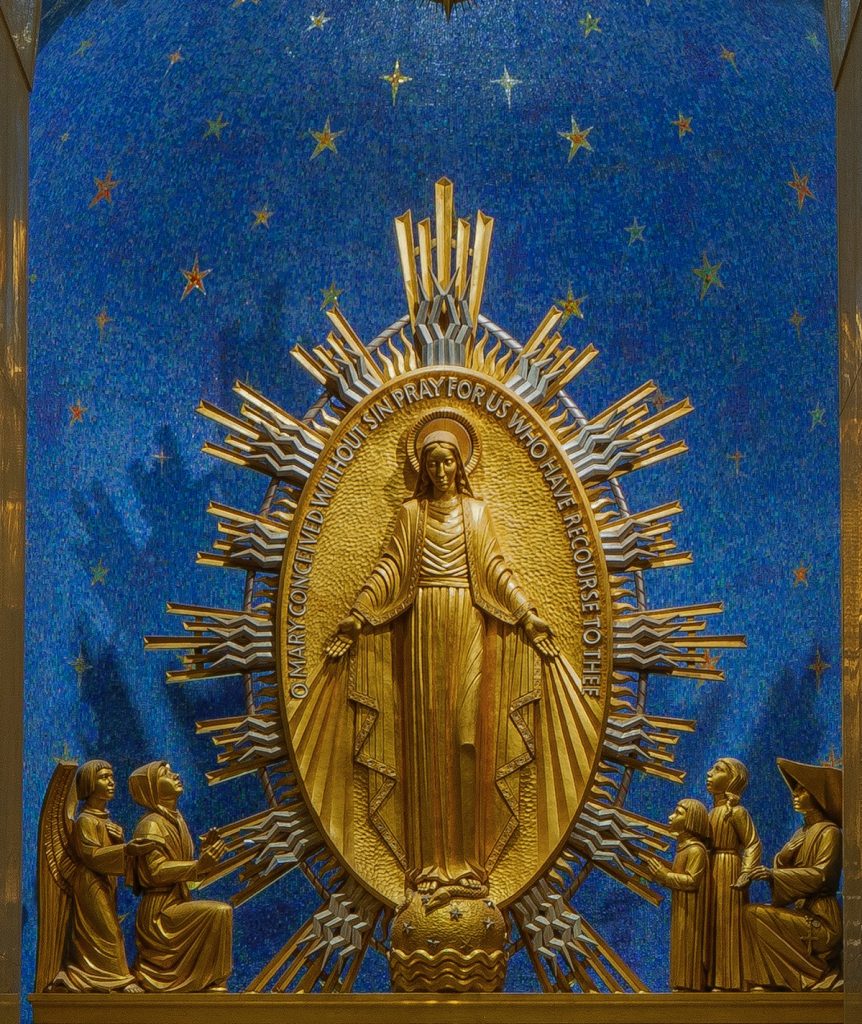 Did you know that Saint Catherine Labouré first received the devotion of the Miraculous Medal in 1830? This beloved symbol of protection is honored in the Basilica in the Miraculous Medal Chapel, which features a breathtaking blue mosaic and gilded wooden carvings that tell the story of Saint Catherine Labouré. As we celebrate her feast day on November 28, we invite you to learn more about the devotion and explore the space where Mary is honored under this title virtually.

Born in 1806, Catherine served as a nun at the convent of the Sisters of Charity of St. Vincent de Paul at Châtillon-sur-Seine in France. According to accounts, one night, she was suddenly awoken by a luminous child, who she followed down the hall to the chapel. There, she saw an even more brilliant figure: the Blessed Mother, who she proceeded to speak to for two hours. Catherine went back to bed after the incident, and months later, saw Mary once more in an image of splendor. On one side, she saw the Blessed Mother standing atop a globe, her hands emanating beams of light. On the other side, stood a cross with an “M,” and two hearts – one with a crown of thorns, and the other with a sword through it. In the apparition, Mary told her to make the image into a medal, which would provide protection and grace to those who wore it. Today, millions of the faithful wear the medal, which remains immensely popular. 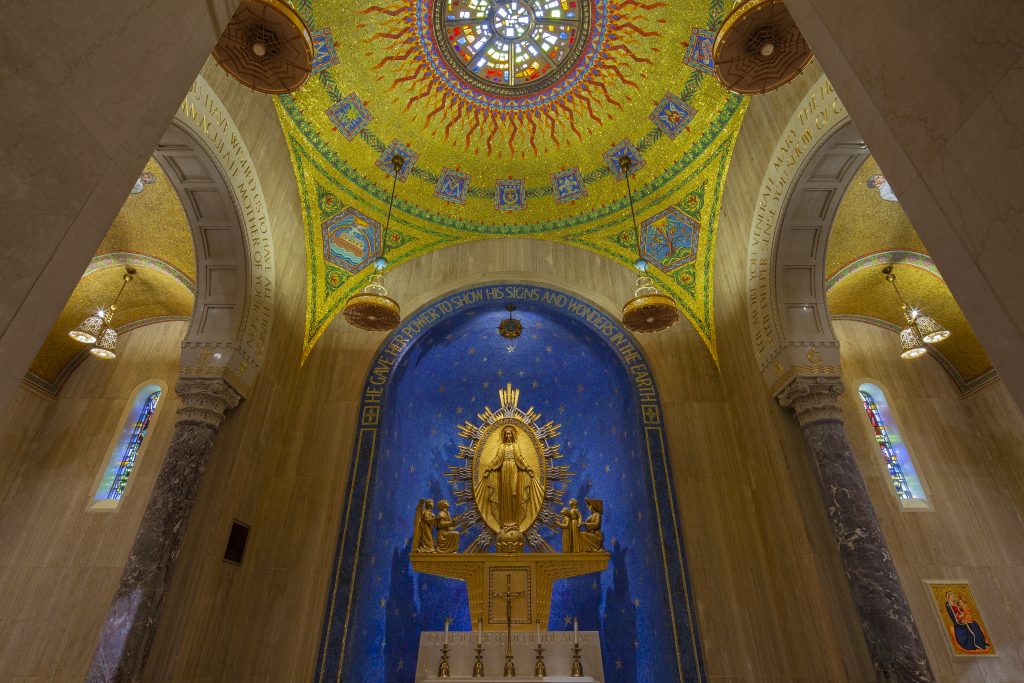 The Chapel of the Miraculous Medal

The Basilica honors this history and Marian devotion in the Miraculous Medal Chapel. Central to the chapel are the gilded carved reredos, which portray Our Lady as she appeared to Catherine. The left tableau shows Catherine, dressed as a novice and accompanied by her guardian angel, kneeling before the apparition of the Blessed Mother. The right tableau shows Catherine wearing the coronet of a professed Daughter of Charity, accompanied by two children. On the marble plaque beneath the images are etched the words of the Blessed Mother to Catherine: “Come to the foot of the altar.” The mosaic on the wall behind the carvings is a shimmering cerulean blue, spangled with a constellation of twinkling golden stars.

The Miraculous Medal Chapel and its two lateral chapels are the joint gifts of the provinces of the Vincentian Community, the Daughters of Charity of the United States, and the Central Association of the Miraculous Medal. During the battle of Gettysburg in July of 1863, the sisters sought to aid the wounded and dying with all that was available to them. After the sisters gave a Miraculous Medal to a Catholic soldier, another soldier remarked, “Sister, you gave something to that man a while ago and … he has not groaned since, please, give me such as you gave him.”

Experience the Miraculous Medal Chapel at the Basilica virtually below and enjoy immersive 360° views of this stunning sacred space.

In honor of Saint Catherine Labouré, we invite you to light a candle today at the National Shrine. Vigil candles burn in the chapels throughout the Great Upper Church and lower crypt level of the National Shrine. Each candle represents the faith of the supplicants and their fervent prayers entrusted to the loving intercession of the Blessed Mother.

Light a candle
Guide to Advent and Christmas at the Basilica
Basilica Insider: The Christ in Majesty Mosaic