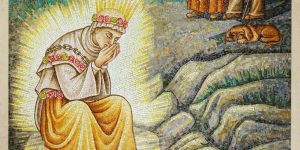 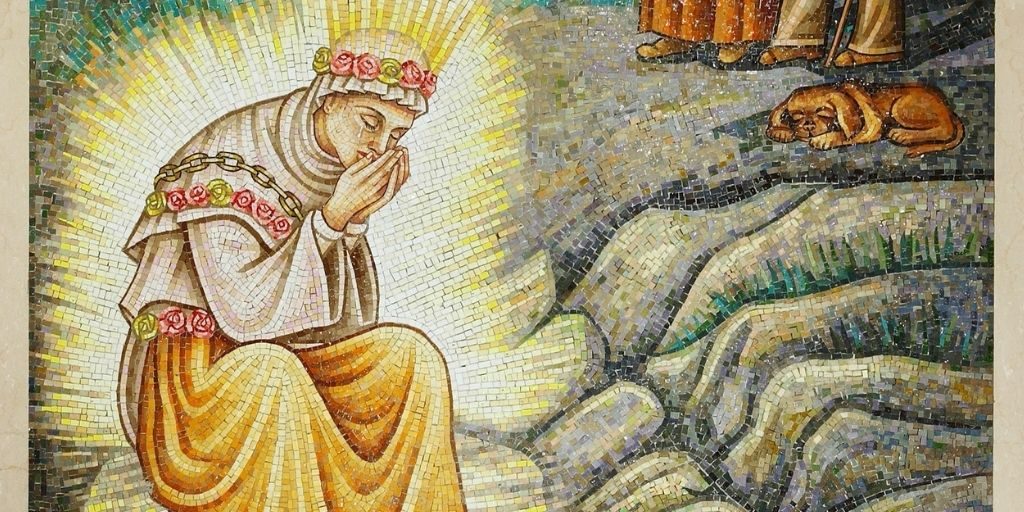 “La Salette is a message of hope, for our hope is nourished by the intercession of her who is the Mother of mankind.”
– Pope John Paul II

September 19 of this year marks the 175th anniversary of the Apparition at La Salette. How did this devotion originate, and how is it honored at the Basilica? Read below to find out.

Origin of the Devotion to Our Lady of La Salette

One day, Mélanie Calvat (14) and Maximin Giraud (11) were herding cattle in the French Alps when they saw the Blessed Mother appear. She sat weeping, holding her face in her hands and surrounded by an orb of dazzling light. According to the children’s account, she related that she was concerned about the lack of devotion amongst Catholics and emphasized the importance of prayer and conversion. As she spoke, the children realized that the light was emanating from a special crucifix she was wearing around her neck.

Today, that crucifix is known as the La Salette cross, featuring a hammer and pincers at the ends of the horizontal beam behind Christ’s outstretched arms. While the hammer symbolizes sin and division, the pincers represent the missionaries’ work of reconciliation and combatting sin in the world. This cross is the symbol of the La Salette Missionaries today.

Our Lady of La Salette in the Basilica

The devotion to Our Lady of La Salette is honored with an oratory in the Basilica, featuring a vivid mosaic designed by J. Piercey Studios. The mosaic was blessed and dedicated by Theodore Cardinal McCarrick of Washington on May 12, 2002.

The Message of La Salette

The message of Our Lady of La Salette is ultimately one of hope – hope for the redemption of humanity through Christ. On the 150th anniversary of the Apparition of La Salette in 1996, Pope John Paul II remarked:

The wide diffusion of the event of La Salette bears convincing attestation that the message of Mary is not contained solely within the suffering expressed by her tears. The Virgin bids us regain spiritual composure… Mary appeared in a light reminiscent of the splendor of a humanity transformed by the Resurrection of Christ: La Salette is a message of hope, a hope sustained by the intercession of her who is the Mother of all peoples. Our alienations are not irreparable. The night of sin surrenders to the light of divine mercy. Human suffering properly accepted can contribute to purification and salvation. The arm of the Son of Mary will not weigh upon, not condemn, the people who walk humbly in the pathway of the Lord. Christ will take the outstretched hand into his own, and lead to new life the sinner reconciled by the grace of the Cross.

In honor of Our Lady of La Salette, we invite you to light a candle today at the National Shrine. Vigil candles burn in the chapels throughout the Great Upper Church and lower crypt level of the National Shrine. Each candle represents the faith of the supplicants and their fervent prayers entrusted to the loving intercession of the Blessed Mother.

Light a candle
Download the Fall-Winter 2021 Edition of the Mary’s Shrine Newsletter
What is the origin of the devotion to Our Lady of Camarin?