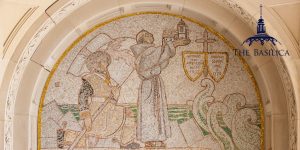 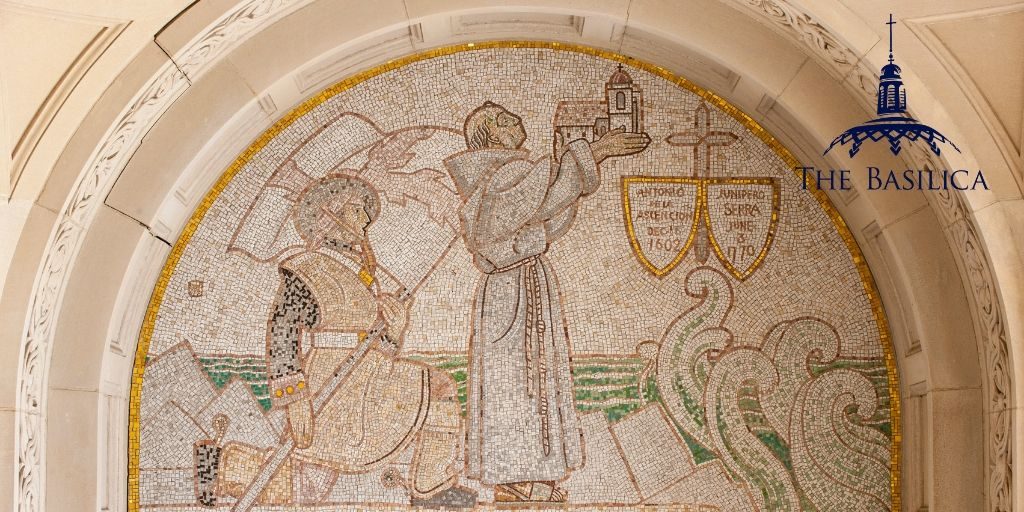 As we enter the month of July, we celebrate the different cultures, peoples, and stories that are the fabric of the Catholic faith in the United States and around the world, as represented in the sacred art and rich history of the Basilica. July 1 marks the Feast of St. Junípero Serra, who was canonized on September 23, 2015 at the Basilica. He was instrumental in introducing the gospel to the Americas and protected the indigenous peoples there from Spanish colonizers. Even today, the imprint of St. Junípero’s ministry remains a prominent feature of California, where the 21 missions founded by him dot the coast – and many cities carry those same names as well: from Santa Barbara and Santa Clara to San Diego and San Luis Obispo.

St. Junípero was born as Miguel José Serra to poor farmers in Petra, Majorca, Spain, on November 24, 1713. At the age of sixteen, he joined the Franciscan order, choosing the name of Junípero in honor of St. Francis of Assisi’s brother companion. He is believed to have likely been ordained in 1738. 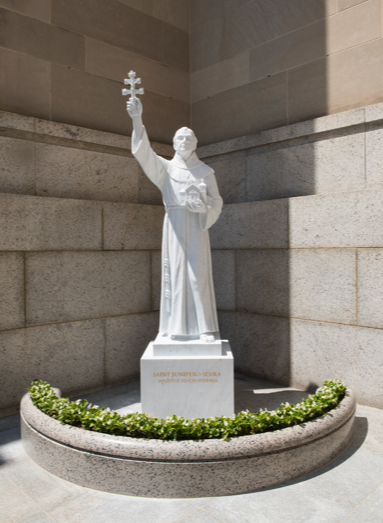 A scholar of philosophy and religion, Junípero earned his doctorate in theology from Lullian University, Palma at the age of 29, and soon after began teaching as a professor there, serving as the Scotistic chair of theology. When he was 35, he journeyed across the seas to America, arriving in Vera Cruz, Mexico in 1749. From there, he walked over 200 miles to Mexico City – a trek which resulted in a leg infection that would render him lame for the rest of his life.

In America, he began his ministry in Serra Gorda with the Pame Indians, overseeing the construction of a church in the area, and evangelizing the natives after learning the Otomi language. Junípero Serra not only cared for the souls of the indigenous people, but for their material well-being, introducing them to agricultural and irrigation systems, and protecting them from the Spanish military and government. During an extended dispute over the valley of Tancama, Junípero Serra stood up for the rights of the indigenous people against the colonizers.

St. Junípero established the first mission in San Diego, after a grueling 900-mile journey, beginning the ministry that would become the most central aspect of his legacy. He would found a total of 21 missions across California. It is estimated that over the course of his ministry, Junípero Serra baptized over 6,700 indigenous people and confirmed over 4,500. Despite suffering from a variety of medical conditions that often made traveling extremely uncomfortable, he continued to travel across California. At the age of 70, Serra passed away at Mission San Carlos, where he was also buried.

The diocesan process of Junípero Serra’s beatification lasted from 1934-1949, and in 1988, he was officially beatified by Saint Pope John Paul II. Finally, in 2015, the Basilica was proud to host the ceremony of Serra’s canonization, conducted by Pope Francis. As we remember the Apostle of California, let us reflect upon the words of Pope Francis at his canonization: 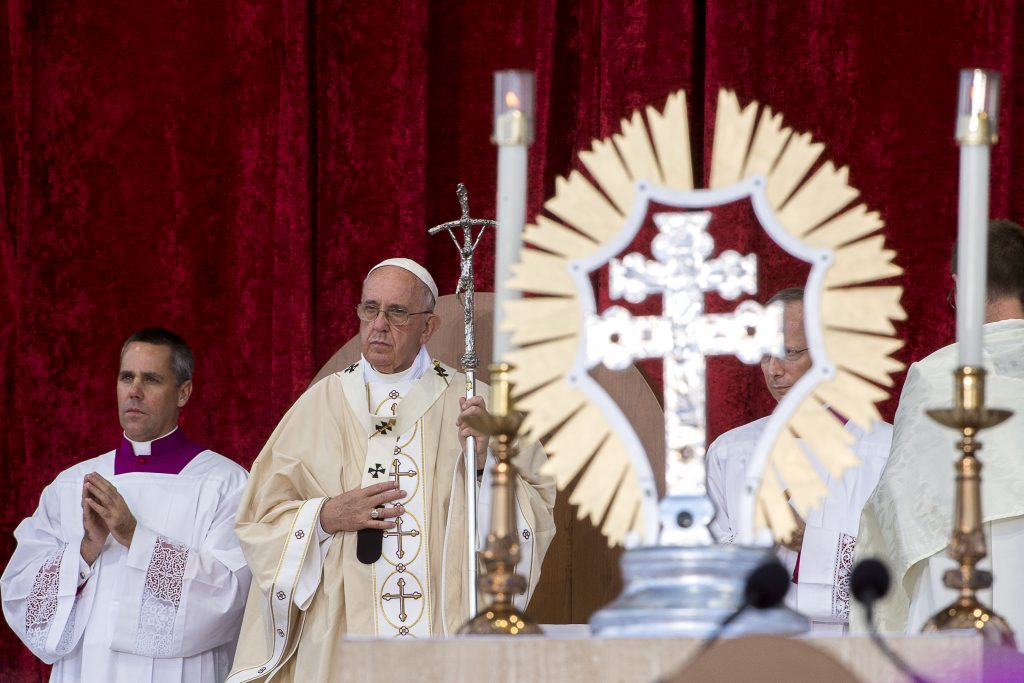 “[B]rothers and sisters, let us contemplate the witness of holiness given by Friar Junípero. He was one of the founding fathers of the United States, a saintly example of the Church’s universality and special patron of the Hispanic people of the country. In this way may all Americans rediscover their own dignity, and unite themselves ever more closely to Christ and his Church.”

The Remarkable History of America’s Catholic Church
Uniting the World: Our Lady of the Rosary & Our Lady Queen of Missions