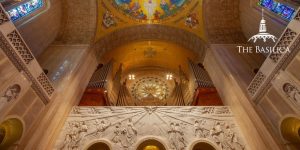 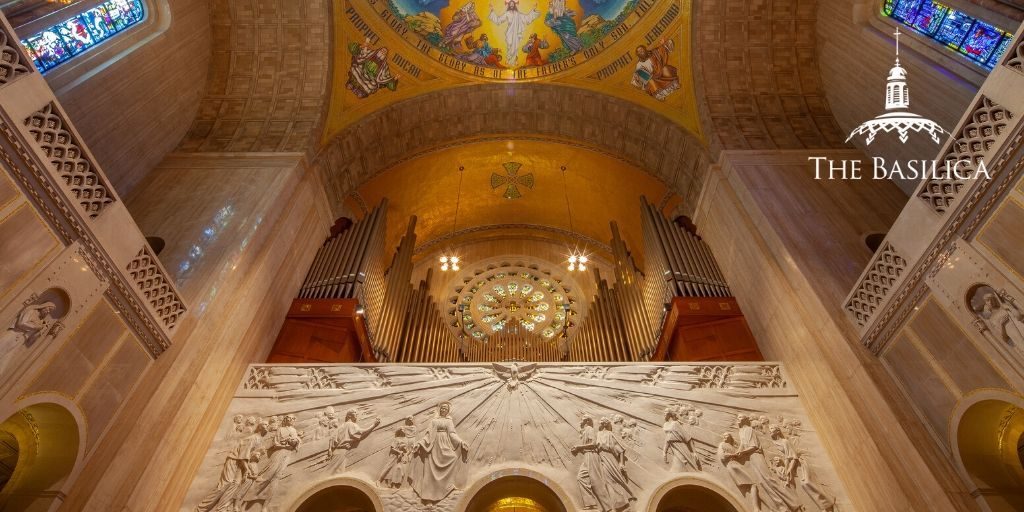 When did you first become interested in pursuing sacred music as a vocation? How did you come to serve on staff at the Basilica?

When I was about seven years old, my two favorite pastimes were taking apart anything and everything to see how it worked, and sitting up in the balcony of our parish church so I could watch the organist play. I was fascinated by the pedals and the organ’s range of sound. We had an organ at our house as well; my mother had learned to play it when she was young in order to provide music for the newly established parish her family attended. I started taking lessons when I was eight years old, and I played my first Mass a few months later. For me, it was a formative experience. For the five or so people gathered for 7 o’clock morning Mass, I think their recollection would probably be that the organ was too loud!

Fast-forward to the fall of 2010. While pursuing graduate studies, I was asked to audition to assist with playing organ for daily Masses at the Basilica. This led to serving as accompanist for the Choir of the Basilica a year later, and eventually becoming Associate Director of Music.

Growing up in Michigan, my career dream was to design cars for the Big Three. It was far from an uncommon path, and I went to the University of Michigan to study mechanical engineering. However, Providence had other plans, and as the auto industry began to tumble prior to the housing crash of 2008, I began to question if that was really what I wanted to do. Eventually changing my major to music, I have been on an incredibly blessed path ever since.

What does a typical week look like for you as a musician at the Basilica?

Planning and practicing encompass the largest portion of my weekly activity. Since we provide music at Mass 365 days per year, much preparation goes into selecting hymns, choral motets, and organ literature. One of my particular responsibilities is the planning of hymns for our daily Masses. It has helped me become very familiar with the lectionary and its structure, which has been a great spiritual benefit. Practice is also very important as a professional musician. Just as athletes dedicate time to perfecting their particular techniques, musicians do the same with their various instruments.

How do you view the role of music in the liturgy?

I think that the human voice is the greatest musical instrument. Music in the liturgy, at its most basic level, is a response to this gift from God that we all share: the ability to create nearly infinite series of vocal pitches and lift our voices in song. In ancient times, the initial decision to take a sacred text and sing it, rather than speak it, was an extraordinary aesthetic leap. This led to further developments over the course of the most recent millennium of Christian history. What was once just sung by the voice began to be accompanied by ever more complex instruments, notably the pipe organ. Similarly, what was initially sung in unison by one or more voices advanced greatly with the addition of other vocal parts in harmony with the original tune. The cumulative result of this was the incredible development of Western music – truly, as Pope Emeritus Benedict XVI said, one of the singularly unique achievements of all cultures in the world.

Music in the liturgy amplifies the meaning of the sacred text through our hearing, similar to the way incense elevates the ceremony of the liturgy through our sense of sight and smell.

What impression do you hope your music leaves on listeners?

My hope is that it would always lead the listener beyond the music itself to reflection on the greater theological points of the particular liturgy or liturgical season.

Support Sacred Music at the Basilica
A Guide to the Stained Glass of the Basilica
Join Us Virtually as We Observe Palm Sunday, Holy Week & Easter