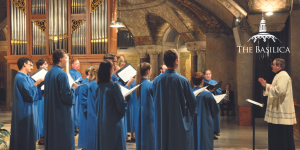 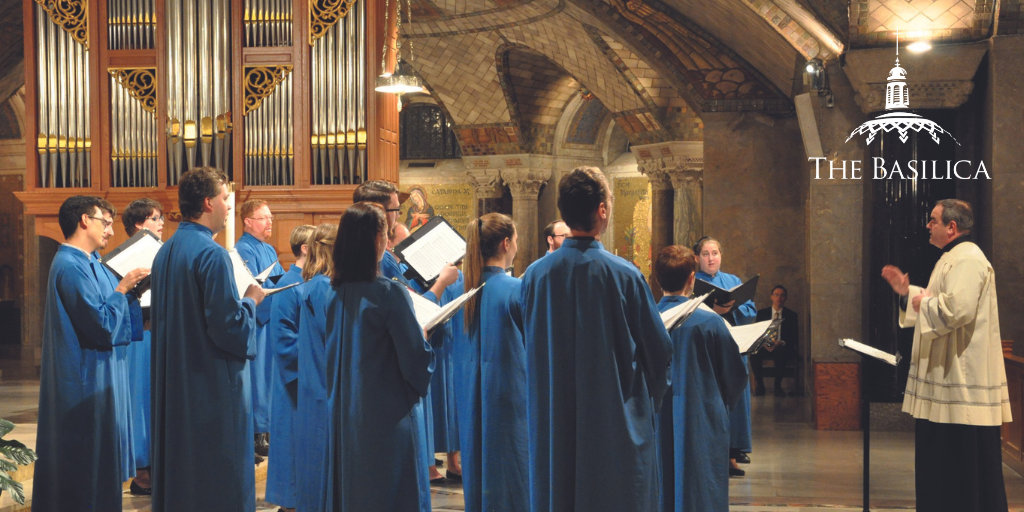 From the desk of Dr. Peter Latona, Director of Music

As the body of Queen Elizabeth was carried into Westminster Abbey, the resident choir sang the funeral sentences composed by 17th-century composers William Croft and Henry Purcell, just as they have done for nearly every royal and state funeral for the past two centuries. The austerity of this music and the solemnity of that moment stand in stark contrast to the elaborate pageantry and regalia surrounding the funeral of a monarch. The directness and simplicity of these compositions befits their straightforward message – that Christ our Redeemer is the Resurrection and the Life; that the Lord knows the depths of our hearts and spares us by His merciful love; that we bring nothing into this world and carry nothing out; and that those who die in the Lord shall be forever blessed.

“I am the resurrection and the life, saith the Lord:
he that believeth in me, though he were dead, yet shall he live:
and whosoever liveth and believeth in me shall never die.

I know that my Redeemer liveth, and that he shalt stand
at the latter day upon the earth.
And though after my skin worms destroy this body,
yet in my flesh shall I see God:
whom I shall see for myself,
and mine eyes shall behold, and not another.

We brought nothing into this world, and it is certain we can carry nothing out.
The Lord gave, and the Lord hath taken away;
Blessed be the name of the Lord.

Thou knowest, Lord, the secrets of our hearts;
shut not thy merciful ears unto our pray’rs;
but spare us, Lord most holy, O God most mighty.

I heard a voice from heaven, saying unto me,
Write,
From henceforth blessed are the dead which die in the Lord:
even so saith the Spirit:
for they rest from their labours.
Amen.” – 1662 Book of Common Prayer

The Basilica’s Choral Concert for the Commemoration of All Souls 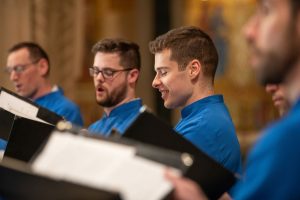 On Wednesday, November 2, the Choir of the Basilica of the National Shrine of the Immaculate Conception will open its annual All Souls Day Concert with settings of funeral sentences by Croft, Morley, Purcell and Tomkins. Our passing from life to everlasting life has inspired countless composers to write some of the most profound and moving music in sacred literature. Presenting this concert each year allows the musicians of the Basilica to share this sublime music while offering an opportunity to remember those who have gone before us.

This year’s concert takes as its point of departure the music for a royal funeral as a nod to the life of Queen Elizabeth. Royal music, however, is fitting for all who believe. The words of John Donne as set to music in Bring Us, O Lord by William Harris, express that the habitation of God’s glory and dominion is a place of one equal light, one equal music, one equal possession and one equal eternity. The courts of the Lord are for young and old, rich and poor, sovereign and servant, saint and sinner.

The 2022 All Souls Day Concert program also honors the 25th anniversary of another significant passing: that of Saint Teresa of Calcutta on September 5, 1997. Her life of service and “seeing Christ in all” is beautifully reflected in our program selection The Prayer by Rene Clausen, which takes as its text the poem by St. John Henry Newman, a favorite of Mother Teresa’s.

The lives of all the saints are honored in a particularly stunning composition from this year’s program, Vox in Rama, by Renaissance composer Giaches deWert, whose madrigalist skills serve this dramatic text taken from the communion antiphon for the Feast of the Holy Innocents. This day commemorates the death of all first-born male children under the age of two when King Herod futilely attempted to slay the Christ Child, as foretold by the prophets. The slain children are venerated as the first martyrs of the Church.

Another piece featured in this year’s program is a Ukrainian hymn called O King of Heaven, offered in memory of those who lost their lives in the war in Ukraine. 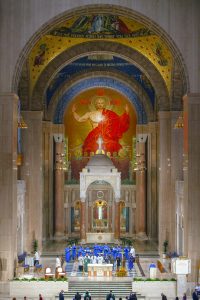 Despite life’s hardships, our hope in the Lord and trust in God’s providence brings us comfort and solace, expressed beautifully in the text by Paul Flemming (1609-1640) as set by Johannes Brahms:

“Do not be sorrowful or regretful;
Be calm, as God has ordained,
and thus my will shall be content.

What do you want to worry about from day to day?
There is One who stands above all
who gives you, too, what is yours.

Only be steadfast in all you do,
stand firm; what God has decided,
that is and must be the best.