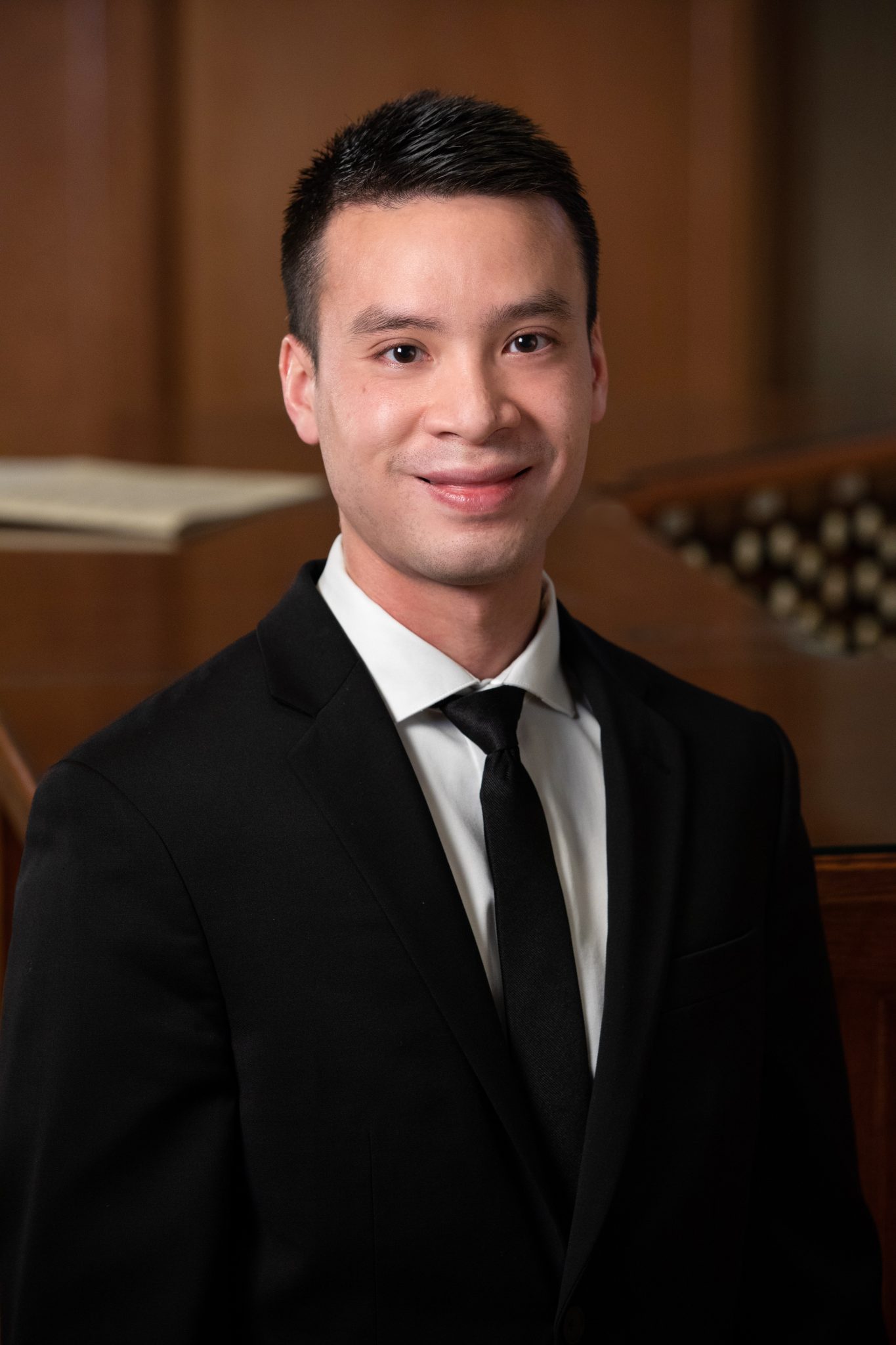 Andrew Vu serves as Assistant Director of Music of the Basilica of the National Shrine of the Immaculate Conception. A native of Vietnam, he came to the United States at the age of thirteen to study piano and musicianship with Molly and Charles Stier. He completed his Bachelor of Music degree in piano performance from The Catholic University of America, where he studied under James Litzelman. His organ instructors include Jeffrey Pannebaker, Ed Moore, and Ronald Stolk, with whom he completed a Master of Music degree in 2017. Andrew also studied choral conducting with Leo Nestor and Timothy McDonnell and voice with Rick Christman.

An award-winning pianist, Andrew received the Honor Prize of the 2007 Maryland MCMTA Competition, the 2012 Benjamin T. Rome School of Music Performance Award from The Catholic University of America, and the Second Place in the 2012 Stravinsky Award Bach Competition. He has been a student assistant for the annual Washington International Piano Festival at The Catholic University of America. As an organist, Andrew served at St. Jane Frances de Chantal Parish in Bethesda, Maryland and St. Peter’s Parish in Olney, Maryland for ten years. In addition, Andrew was the Music Director at the American University Catholic Chaplaincy.